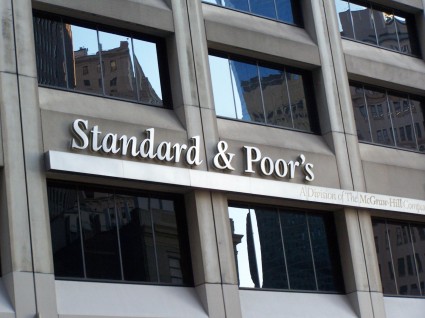 As a result of this downgrade, S&P lowered as well the ratings of three Lebanese Banks, Bank Audi SAL–Audi Saradar Group, BankMed s.a.l., and Blom Bank, from B to B-. What S&P is basically telling us is that we need to form a freaking government that is capable of running the country or else we’ll be downgraded further.

It is worth noting though that the decision has no direct impact on the Lebanese banking sector as the banks were downgraded automatically because of the state’s sovereign rating and not their performance.

Standard & Poor’s lowered its long-term foreign and local currency sovereign credit ratings on Lebanon from B to B- keeping a negative outlook, the ratings agency said on Nov 1. S&P kept Lebanon’s short-term ratings at B. Political risk in Lebanon has risen as no new government has been formed for over six months while sectarian tensions are rising, fuelled by the spill-over from Syria, S&P underscored.

After nearly three years of weak GDP growth, dented by an internal political environment not conducive to policymaking, public finances have deteriorated and the debt-to-GDP ratio is again trending upward, S&P said.

A negative rating action on Lebanon would trigger a similar action on the three banks. S&P could therefore lower the ratings on the three banks further if the political and economic situation deteriorates to the point where it staunches domestic deposit growth or external inflows to the banking system. Both are important sources for funding the government’s fiscal deficits and external requirements, as well as for maintaining confidence in the Lebanese pound’s peg to the dollar.

Conversely, it could revise the outlook on the three banks to stable should there be a breakthrough on the domestic political front.

Owing to the close links between Lebanese banks’ creditworthiness and that of the sovereign, specific factors relating to each of the three banks that would prompt a change in the respective ratings appear limited at this stage. [Link]