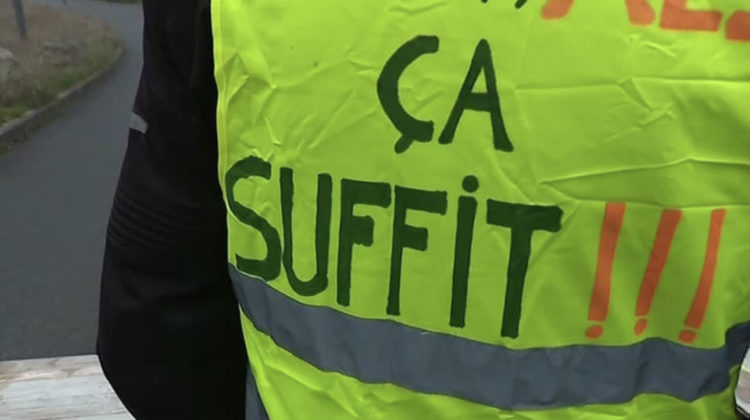 When I shared a video of a French protestor urging his fellow #GiletsJaunes protestors not to destroy his workplace, I got plenty of comments arguing that violence actually worked in France and that it’s about time we have the same in #Lebanon. The rationale is that we’re all complaining from rising fuel prices, hight cost of living and government taxes so we should fight fire with fire and start riots, if needed, to pressure those in power.

Unfortunately, I don’t think we have the slightest chance of anything remotely similar to the #GiletsJaunes happening here for several reasons. I will only mention few:

– There’s no real opposition in #Lebanon: While the gilets jaunes movement started as a grassroots citizens’ movement, several people who voted against Macron joined in. The closest thing we got to such a protest was organized last week by the Lebanese Communist Party, which I had no idea still existed, and there’s also Sabaa which no one understands yet what they wish to achieve.

– Violent Riots will backfire: Those who think we should fight fire with fire clearly have no idea who they are dealing with in Lebanon. A movement led by citizens with no political backing or belonging that leads to violent riots can easily be ended within hours, no matter how big it is. Unlike France, almost every party has its own army of thugs here and we’ve seen how easily they can disperse a demonstration during the #YouStink protests.

– All political parties are in power: If you want someone to protest, you need a major political party that’s opposed to the government and capable of moving crowds. However, even if this has to occur, it will only reinforce this party and his allies and boost their popularity at the expense of the people. March 14 2005 is the best example for that.

– The majority of Lebanese seem to be happy with their politicians: I keep hearing that people are fed up with Lebanese politicians but elections at all levels have proven otherwise. Blame the system, blame bribes or blame their laziness, this is a fact that can no longer be ignored.

Where does that leave us?

We’re hit rock bottom years ago in Lebanon and the situation keeps getting worse by the day, yet somehow those in power have managed to figure out new ways to steal and ruin the country for us. You’d think that we’re in desperate need of a revolution or nation-wide protests but the dynamics of Lebanese politics and that the iron grip that ruling parties have on power wouldn’t allow it. Moreover, you have legally armed groups outside the security forces which makes things way more complicated in case violent riots occur. This being said, the closest thing we’ll get to a #GiletsJaunes movement are these nicely dressed cops riding bikes with yellow vests on Ain el Mraisse.

What to do then?

While forming new parties to oppose those in power requires a lot of financing and organization, lobbying to achieve minor changes seems to be the most efficient way to deal with those in power. The only plausible way to change the whole status quo would require something extraordinary to happen, like an economic collapse or God Forbid another war, which would leave everyone helpless and left with nothing to lose anymore. Another long-term way would be to build a new party or movement, one that is transparent yet has the necessary financial backing because a lot of of money, efforts and time are needed to oppose those in power.