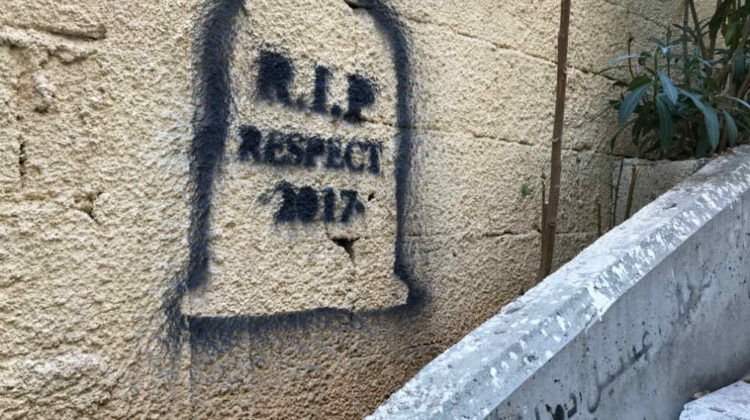 We were all saddened to hear about the death of #GavinFord yesterday, and shocked to hear afterwards that he was murdered in his own apartment. Unfortunately, and instead of showing respect to the victim and his surrounding, some people started sharing a horrid picture of a naked corpse covered in blood and others of a allegedly disgraceful police report describing the victim’s sexual orientation and phone contents.

I have no idea how merciless and senseless one has to be to take such a picture or write such a report in the first place, but that’s not the first time Lebanese in general and the media specifically don’t show any decency when handling someone’s unfortunate death and it definitely won’t be the last. Whether it’s a bombing, or a murder, or a tragic car accident, people rush to share pictures instead of respecting the privacy of the victims and having some decency.

Why don’t the authorities do anything about it? Why doesn’t the police investigate who took this picture and shared it? My guess is that one of them probably took the picture and shared it irresponsibly. In all cases, what saddens me the most about such incidents is that we rarely hear about a proper investigation or get notified of the outcome. Life has become cheap in this country unfortunately.

We can help fight this unethical coverage by reporting people who do and urging friends not to share inappropriate content. This is not a race about who gets pictures of the crime scene first. This is about respecting the death of a human being and keeping in mind that his friends and family might be seeing these pictures and videos you’re sharing.