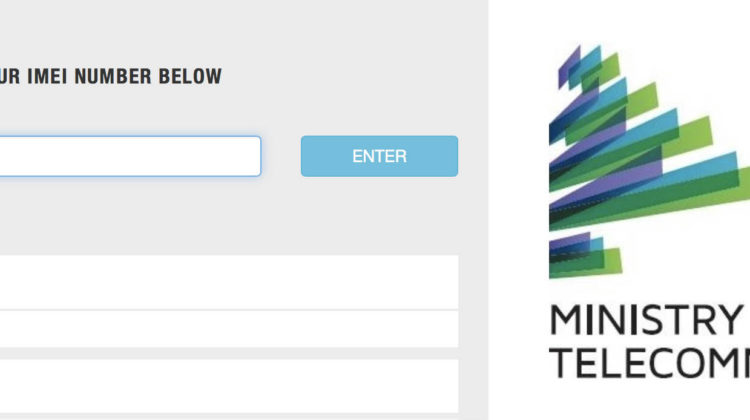 Telecom Ministry Jamal Jarrah tweeted a statement issued by the Ministry announcing new measures to prevent illegally imported mobile devices. Unlike the useless and ineffective decision taken few years back forcing smartphone users to register their devices, this one requires people to check the validity of their phones by entering their IEMEs [here].

My understanding is that only those who bring in clone devices with invalid IMEIs will be affected, and not just anyone who bought a device abroad. What matters is that the phone is compliant with the GSMA requirements.

However the full decision, as shared by SMEX, mentions additional fees that need to be paid by the end user if his/her device was not purchased locally and they’re using a Lebanese SIM for more than 90 days. The steps that need to be taken to “register” your phone and the fees endured were not mentioned though.

I’m not really sure what’s the point from such measures, as the only ones affected will be the end users and not the dealers. How is the ministry ensuring no one’s smuggling phones into Lebanon? and how will the customer validate that his phone was not obtained from abroad? Who can guarantee that? 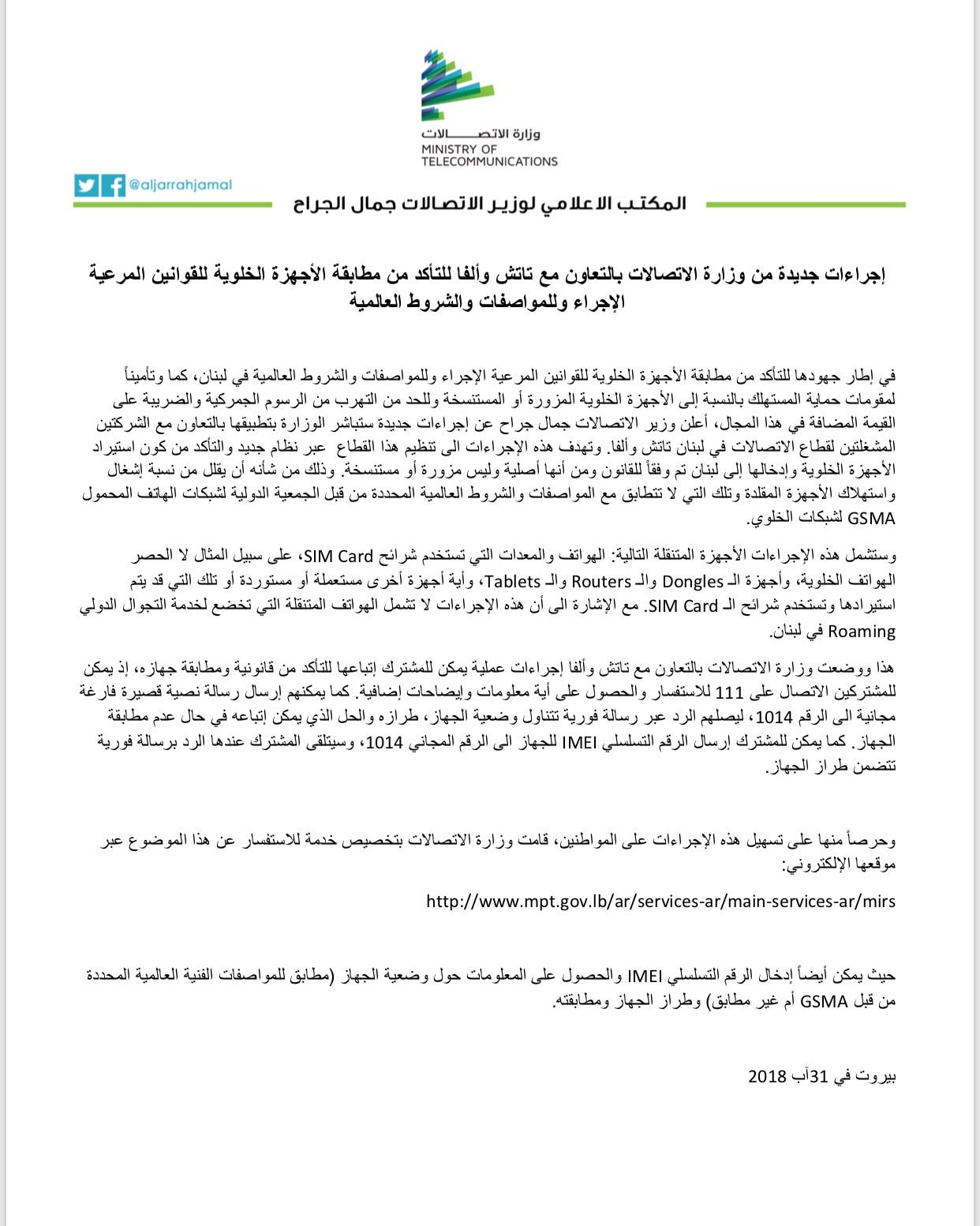 PS: Small tip for the Minister, when you’re tweeting a statement (image) containing a URL, mention the URL in the tweet 🙂