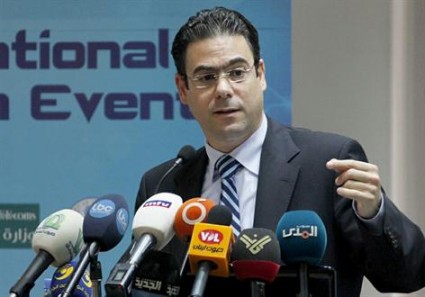 Update: Here’s a [link] to an article from the DailyStar

I just finished reading the latest statement done by the Minister of Telecommunication Nicolas Sehnaoui and based on what I understood:

– New measures will take place as of June 1, 2013 in order to prevent illegally imported devices & protecting the consumer from counterfeits. All imported devices (Smart phones and 3G Enabled tablets and devices) after June 1 2013 will have to be registered now at Alfa or MTC at the airport otherwise they will not work. This means that if you purchased a new phone from abroad, you will have to register it or else you won’t be able to use a Lebanese SIM on it.

– Knowing that the iPhone is not officially distributed in Lebanon, if the government allows few local dealers to sell the iPhone, it will be at least 25% more expensive due to custom fees and VAT. As for other iPhones, if you activated them and used a Lebanese SIM before June 1, 2013 then you will be safe.

– If you wish to sell your phone, u need to release it by sending an empty sms to 1014 then sell it. Also and I am not sure if I got this properly, but if you have two SIMs, you need to release the phone from the first SIM then register it to the second SIM.

I honestly have mixed feelings about these measures as I worry that even though they might stop smuggling and counterfeit products, but it will pave the way for few dealers to control the market and set their own prices. I read that this might be an advertising for phones with contracts as hinted by Alfa during the Arabnet conference but I am not sure about it.

Thanks Amer for the help!