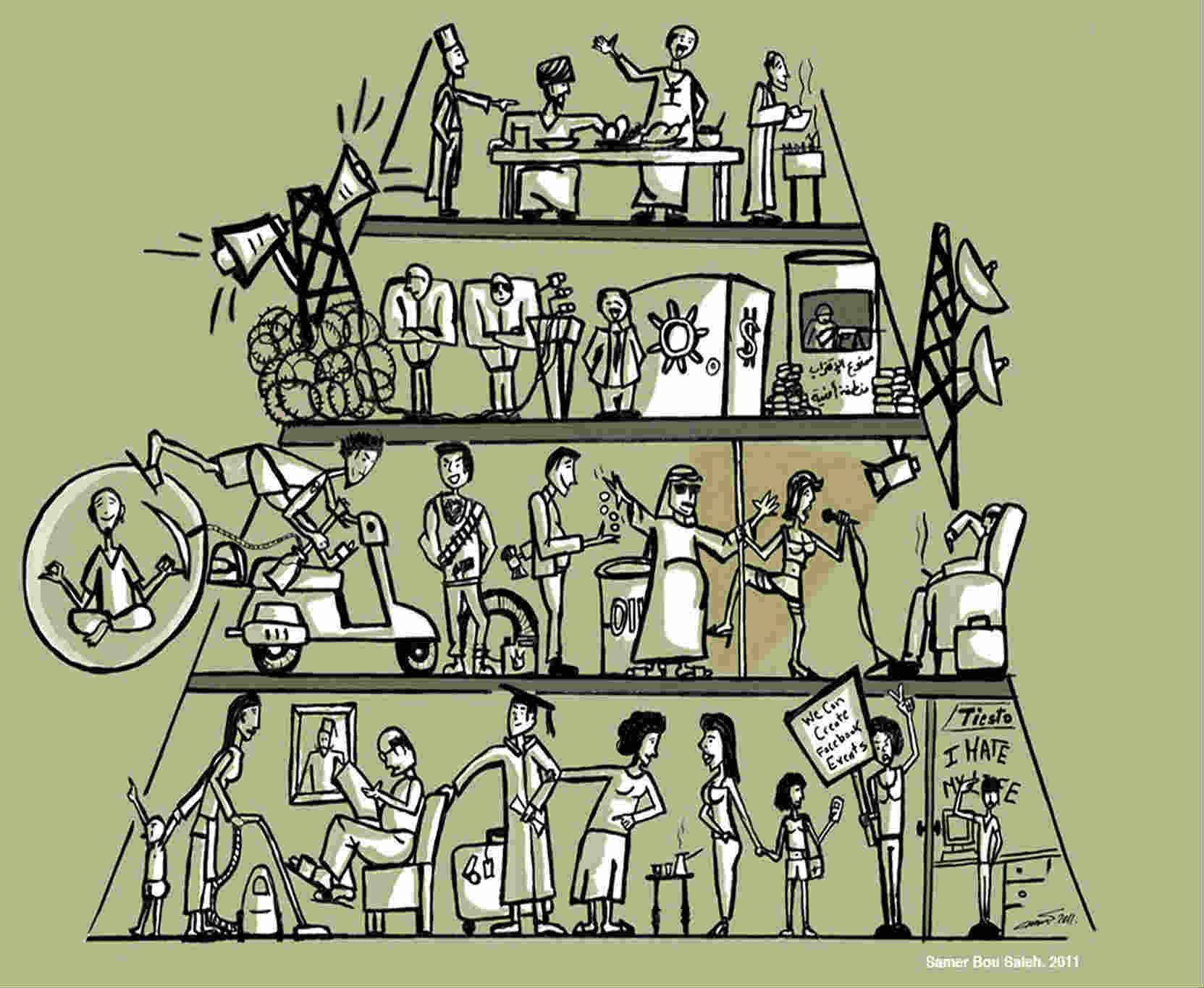 Done by Samer B. Saleh

The religions are on top, followed by politicians, political security forces and political media, then there’s the wozz, the armed wozz, the businessman, the singer, the mafiozo and the Arab investors. On the lowest level, you have the baby, the maid, the grandfather, the graduate, the mother, the botox neighor and the “blackberry teenager” (Replace with iPhone teenager) and last but not least the social activist holding a banner that says “We can create Facebook events”. Let’s not forget the yogi floating somewhere in between the 3rd and 4th level and the emo who doesn’t fit anywhere.

I hope this gives you an idea on how difficult it is for social activists to do anything in this country, and why the whole political class is so worried about the #YouStink movement. 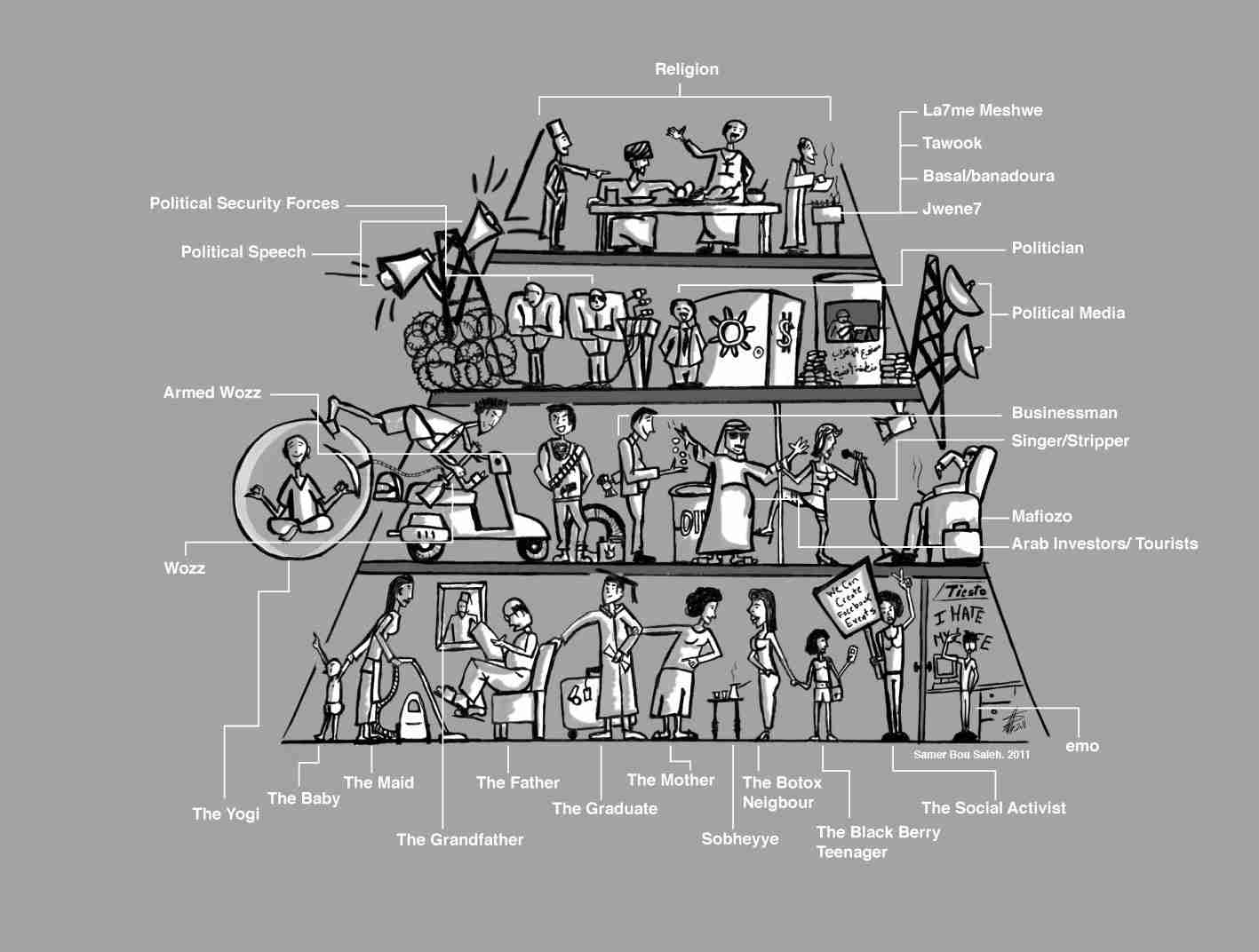 Done by Samer B. Saleh

You can check the high-res version [here].