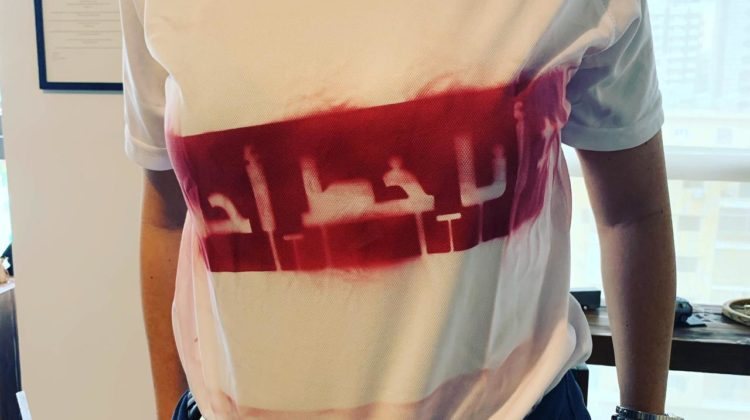 We’ve entered Day 8 of the 2019 revolution and we’re getting stronger and more determined by the day. The President’s speech now was very disappointing with no signs of plans of actions being taken, and PM Hariri still hasn’t shown any signs of resigning and forming a new government of technocrats and specialists.

On the other hand, there are plenty of thugs trying to infiltrate the protests and cause trouble. Today a group of 50 7ezb thugs tried to start a fight in Riad el Solh but were contained and thrown out in no time. This being said, it is important for ALL to know that the ONLY red line are the people and no one else!

Someone actually started a campaign called “Ana Khat Ahmar”, “I am a red line”, encouraging people to draw a red line and use the #أنا_خط_أحمر hashtag.

Spread the world and keep in mind that the only way to achieve our goals is sticking to the streets till the government resigns as a first step. Those in power are wasting time thinking it will play in their advantage and that’s where we should prove them wrong.