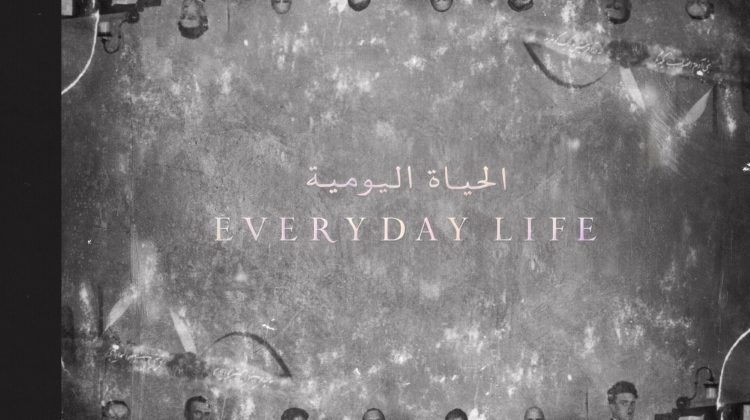 Coldplay are releasing a double album on November 22nd and they’re already sharing two tracks from the projects, “Orphans” and “Arabesque”. The album’s cover image is based around a 1919 photo of Jonny Buckland’s great-grandfather’s band, and reads “Every day life” and “الحياة اليومية”, as well as سلام و حب on the side. There’s also a track in the double album that’s called “بنی آدم”.

Frontman Chris Martin has often spoken about an interest in spirituality, and particularly in Sufism. The new song could be inspired by Bani Adam, the poem by Iranian poet Saadi Shirazi, which reads:

“The children of Adam are the members of one another,
since in their creation they are of one essence.
When the conditions of the time brings a member to pain,
the other members will suffer from discomfort.
You, who are indifferent to the misery of others,
it is not fitting that they should call you a human being.”

I liked Arabesque more than Orphans. It’s very different from the usual Coldplay genre. Here’s how RollingStone described it:

‘Arabesque’, meanwhile, is all about the mood – the mood largely being that of Stone Roses’s ‘Love Spreads’. It has a shuffling beat, itchy guitars and more than a touch of the ol’ Manc swagger (well, they did go to university up there). It finds Coldplay in less familiar territory than ‘Orphans’, in that it has French vocals (tres bon, Chris!) and a sax freakout that shifts the song into a modern jazz piece that couldn’t be more in tune with the nu-jazz zeitgeist (think: Comet Is Coming, Kokokokoko, Sons Of Kemet) if it tried. Which evidently it did. It’s the kind of song that might have Noel Gallagher wondering why he hadn’t written it first – it’s exactly the kind of grown-up experimental rock Gallagher senior has been threatening to make for years.