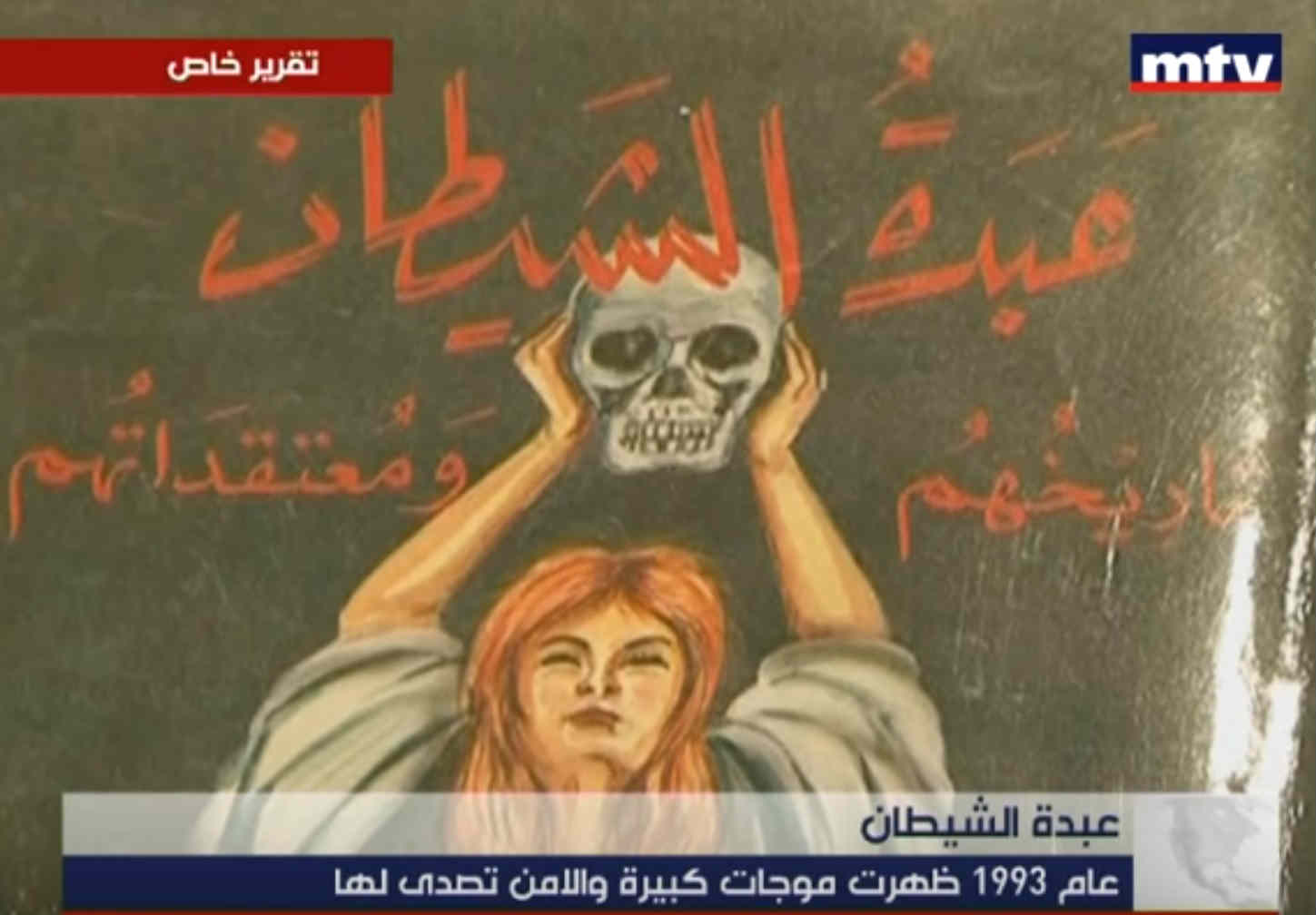 I was expecting another silly report when I first read the title but it turned out to be a decent report on satanism. I’m really glad MTV is finally making sense on that topic. Take aside the creepy intro, they actually explained that skulls are not satanic symbols and got a believer tattoo artist to explain that. Moreover, they clearly stated that music and satanism are not directly related and that rock, as well as trance and pop singers use satanism in their music.

More importantly, they stated there has NEVER been a confirmed case of satanism in Lebanon, which puts in question all previous reports and articles on satanism.

Just to remind you on how stupid this whole thing is, a Friday 13 themed party got mistaken two years ago for a devil worshiping party and people got arrested in the process. Also recently, a trance party got cancelled because some journalist wrote a stupid article claiming it’s a satanist party (Black Mass, Sacrifice rituals, recitation of prayers, digital drugs etc ..)

All in all, if you are still worried about attending devil worshiping parties, watch out for these signs:

1- Satanist parties usually last more than one night.
2- Arguile is forbidden there.
3- Jägermeister is their preferred alcohol.
4- They don’t play Ali el Deek songs.
5- They love blood so make sure you keep a bag of blood on you and spray it on them. If they enjoy it then run for your life!
6- They dance tirelessly for hours.
7- Guys don’t dress up and girls rarely wear heels.
8- Party venues are not fancy and consist of remote places or abandoned warehouses.
9- They don’t eat.
10- Digital drugs are distributed at midnight.
11- They hate cotillion.
12- Satanists like yoga.