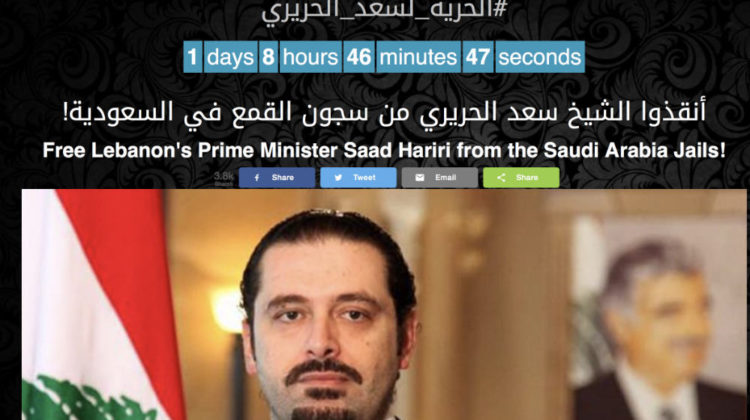 Ever since PM Hariri resigned, I’ve been receiving tons of jokes and videos and apparently someone even came up with a website asking to free Saad Hariri. That’s what we’re so good at as Lebanese, coming up with jokes in critical times to forget about the mess that we’re in. Add to that sending voice notes warning people of a coming war, because we’re not living under constant stress in this country.

In all cases, Hariri’s resignation is a major setback but we can only hope that things stay stable economically and security-wise.