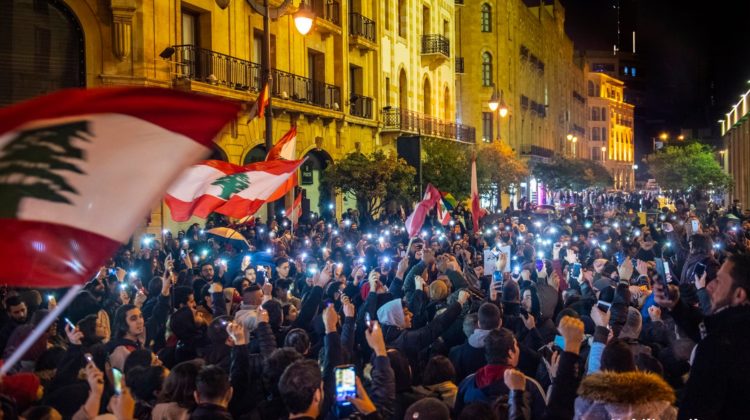 One thing we knew for sure is that politicians in Lebanon don’t care about the people, and they’re proving it more and more every day. Instead of stopping their salaries, working day and night to form a rescue government, show that they are willing to change, they’re out dining in lavish restaurants, shopping in fancy malls, making TV interviews or showing on TV shows to try and improve their image.

They’re playing the wait game and trying to turn people against each other and unfortunatley it’s working up to a certain extent. We’ve seen increased tensions at local banks even though branch employees are not to blame for whatever their banks are plotting, we’ve seen last night’s clashes inside several restaurants and cafes and calls to boycott them, even though the real problem are arrogant politicians and amid all that, security forces and the cybercrime bureau are still finding time to interrogate activists for expressing personal views.

People are angry, and they’re starting to take back the streets in large numbers like they did at the start of the revolution. Longer electricity cuts, lack of medical supplies, flooded and lousy roads and rumors of fuel shortage are accelerating the inevitable breakdown of our state. One thing I’d like to note here is that this is NOT a revolution of the poor against the rich and should NEVER be turned that way, this is an uprising of every decent and hard working Lebanese against a rotten political class, a revolution of the honest businessman, the hard-working taxi driver, shop owner, teacher, bank employee etc …

And where’s the newly appointed PM from all that? He’s still arguing with political parties on who gets what and on finding figures that are politically affiliated but not very well known. As a political analyst described it on Sar el Wa2et the other day, What Diab is doing is bringing Bassil Gebran instead of Gebran Bassil, Khalil Hassan instead of Hassan Khalil (etc …) thinking people are dumb enough to fall for it.

The steps towards a just Lebanon are clear and well defined, we need to stay focused and committed to meeting these demands, without deviating towards a class war or worse fighting each other.