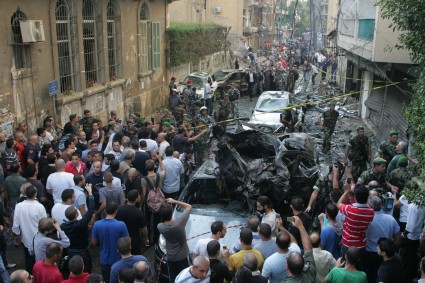 As it turns out, someone was indeed targeted and it wasn’t a terrorist attempt against civilians only. May all the victims rest in peace.

Senior Lebanese intelligence official Wissam al-Hassan, who led the investigation that implicated Syria and Hezbollah in the killing of former prime minister Rafik al-Hariri, was killed in the Beirut explosion on Friday, a Lebanese official said. [Link]