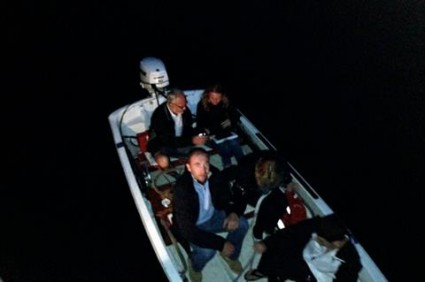 That’s quite an unfortunate incident. According to TimesOfMalta, the sea was calm when the group left but there was a sudden change in weather later on with winds reaching up to force six.

The French-Lebanese couple, Elias Chmouni and Sandrine Godet, left behind a five-month-old son (Simon) and a three-year-old daughter (Clara).

The accident took place on the evening of May 12, when the group set sail from Tunisia on a private yacht, called El Pirata, to celebrate Chmouni’s 49th birthday.

But the celebration turned into a nightmare after Chmouni and his wife Sandrine Godet decided to go to a restaurant at the nearby Xlendi Bay. Instead of sailing there onboard the El Pirata, the group took a small boat and set sail to the bay at around 8 p.m. [DailyStar]