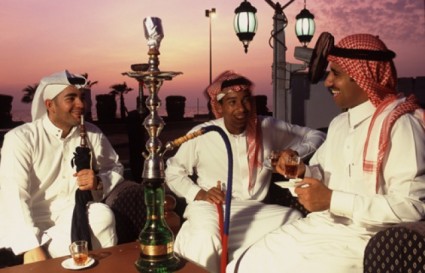 Chou el Akhbar? Chou Akhbarak? are common Arabic greetings that we hear a lot in Lebanon. Here’s a possible explanation from ArabGlot as to where this greeting originated from and why it is used so commonly in the Arab world.

“Meanwhile the old man had made coffee and set out dates for us to eat. Hamad said, ‘He is the Christian.’ The old man asked, ‘Is he the Christian who travelled last year with bin al Kamam and the Rashid to the Hadhramaut?’ and after Hamad had assented he turned wo me and said, ‘A thousand welcomes.’ It had not taken long for this news to arrive, although here we wear near the Persian Gulf, far from the Hadhramaut; but I was not surprised. I knew how interested Bedu always were in ‘the news’, how concerned to get the latest information about their kinsmin, about raids and tribal movements and grazing. I knew from experience how far they would go out of their way to ask for news. I had realised that it was the chance of getting this as much as the craving for milk that had tantalized my companions during the past days when we had seen and avoided distant tents. The hated traveling through inhabited country without knowing exactly what was happening around them.

‘What is “the news”?’ It is the question which follows every encounter in the desert even between strangers. Given a chance the bedu will gossip for hours, as they had done last night, and nothing is too trivial for them to recount. There is no reticence in the desert. If a man distinguishes himself he knows that his fame will be widespread; if he disgraces himself he knows that the story of his shame will inevitably be heard in every encampment. It is this fear of public opinion which enforces at all times the rigid conventions of the desert.” [Source]