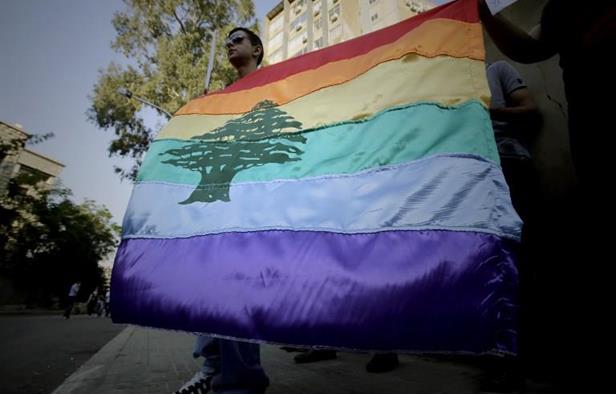 If you thought the video of the Islamists who got tortured and beaten in Roumieh prison was outrageous, wait till you hear this story.

PS: The original story was published in French in L’Orient Le Jour

On June 9 2015, Omar was driving with his friend Samer to his house in the South when they were stopped at a checkpoint. Omar handed over his ID and other legal papers to one officer while another policeman was looking for illegal substances inside the car and found half a gram of weed with Samer. At this point, the officer confiscated and handcuffed Samer, and both men were taken to the police station for further investigation and ended up spending the night there.

The next day, Samer and his friend were dragged to an anti-drugs bureau in the South where they got humiliated and called all sorts of names. Then they were asked to perform a drug test which turned out to be negative. At this point, both men thought that the worst part was over, but one of the officers was looking through Samer’s phone conversations and all hell broke loose when he found someone called “Habibi”. Thinking that Samer was gay because he had a contact by the name of “Habibi”, he started throwing accusations and then two other officers brought Omar out of his cell, started beating him violently and torturing him by putting his head back and forth in cold water. Samer got his share of the torture and both were even electrocuted and forced to spill out names of homosexuals and drug dealers in Lebanon. After hours of torture, they called Omar and Samer’s parents and told them that their sons are gay. When Omar’s parents arrived at the bureau, the inspector refused to show them their son and re-assured them that he wasn’t tortured or beaten. “Walaw Madame, akid la2. Chou wen mfakra ne7na 3aysheen?” is what the officer said.

Both men spent the next 6 days in the South, where they got tortured on a daily basis and forced to reveal names of the gay community in Lebanon. They were later on transferred to Hobeiche police station in Beirut where they also got interrogated and detained for 5 days in a 20sqm cell that contained more than 20 prisoners. Afterwards, both were sent back to Saida and spent 8 additional days in prison with over 200 prisoners. The officer in charge there made sure to tell all the prisoners that Omar and Samer were gay. Omar’s nightmare ended 3 weeks later when he was allowed to see a judge for 2 minutes, and then signed a paper, paid a fee and got released. Samer on the other hand is still detained.

I honestly have nothing to say here. These men were jailed, tortured and humiliated for 3 weeks just because one of them had half a gram of weed and some dumbass officer thought they were gay because of a “habibi” contact. I heard Minister Machnouk is following up on this story and will punish those involved but this is not enough. This story is messed up beyond repair and the only thing Minister Machnouk can do issue a decree that forbids any ISF officer from arresting people for being homosexual and kick them out of the force if they do. It is no longer admissible to treat homosexuals as criminals and torture in Lebanese prisons needs to stop once and for all!