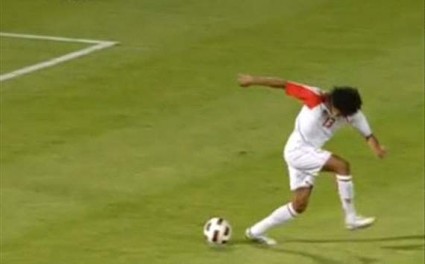 What a terrible loss for the UAE national football team!

The Emirati winger Theyab Awana was involved in a fatal accident when his car crashed into a truck on Sunday after leaving the national team’s camp, while his brother remains in hospital. [Source]

For those of you who follow the blog, he’s the UAE football star who shot the penalty with his back heel in a friendly against Lebanon, causing a controversy. [Link]