Update (13/08/2016):
– Elias Nacif was disqualified on his opening game.
– Anthony Barbar ranked 50th in the heats and didn’t qualify.
– Mona Shaito lost on her opening game.
– Chirine Njeim runs tomorrow and Ahmed Hazer on the 16th.

Lebanon had a rather disappointing start to the Rio 2016 Summer Olympics. Our Lebanese table tennis Mariana Sahakyanstar star lost in her opening game against a Nigerian player and is out. Ray Bassil, the world’s No1 female trap shooter, was hoping to clinch a medal but failed to qualify for the semi-finals unfortunately. Richard Mourjan, the first Lebanese canoeist to take part in the Olympics games, managed to finish both runs but ranked last. Our swimmer Gabriella Doueihy had an encouraging start but failed to qualify as well.

You can check out their schedules [here]. I will update you as soon as we have new results. 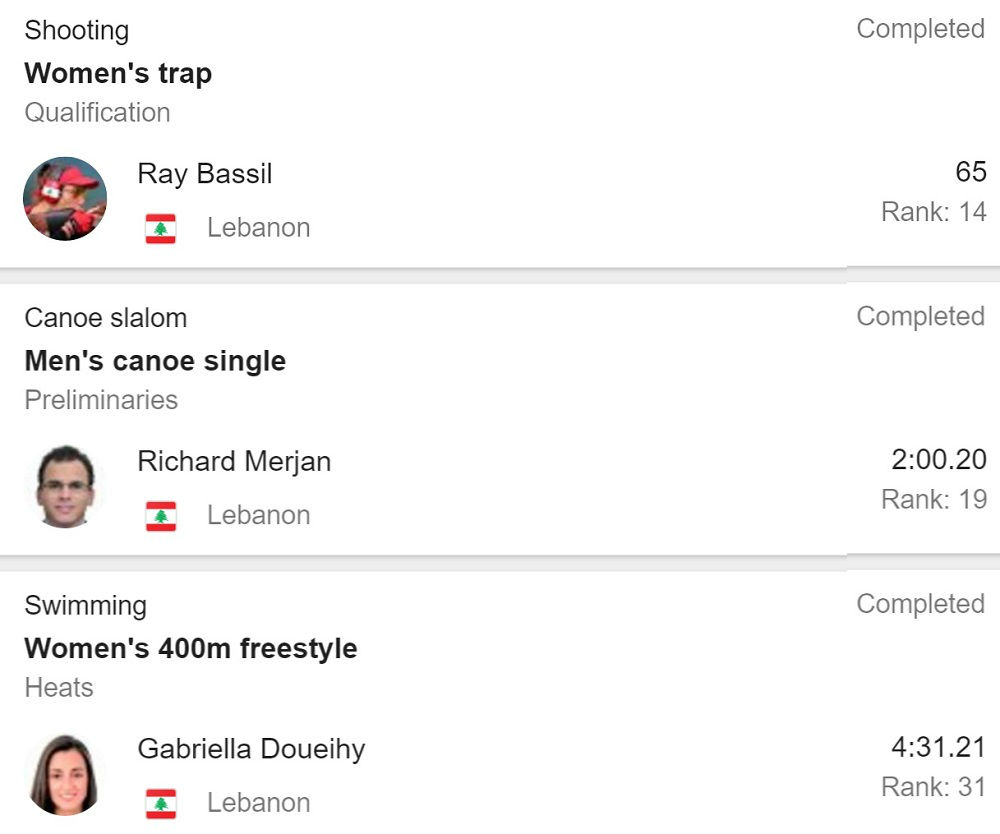