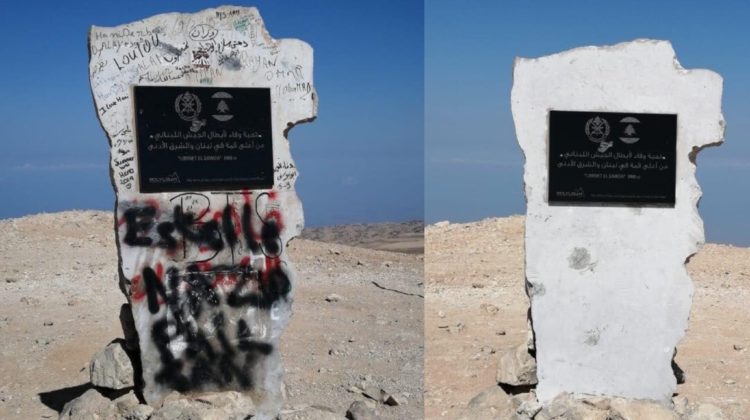 A group of young men from Zahle and Bcharreh climbed up to the Qornet el Sawda (Qornet Shodo in Syriac, meaning the Martyrs Summit) and rehabilitated the monument that was installed by PolyLiban few years back to commemorate the martyrs of the Lebanese Army.

A picture circulated online a couple of weeks ago showing the monument vandalized by visitors.

Poly Liban is organizing a polyathlon from Byblos to Qornet el Sawda next weekend for those interested. 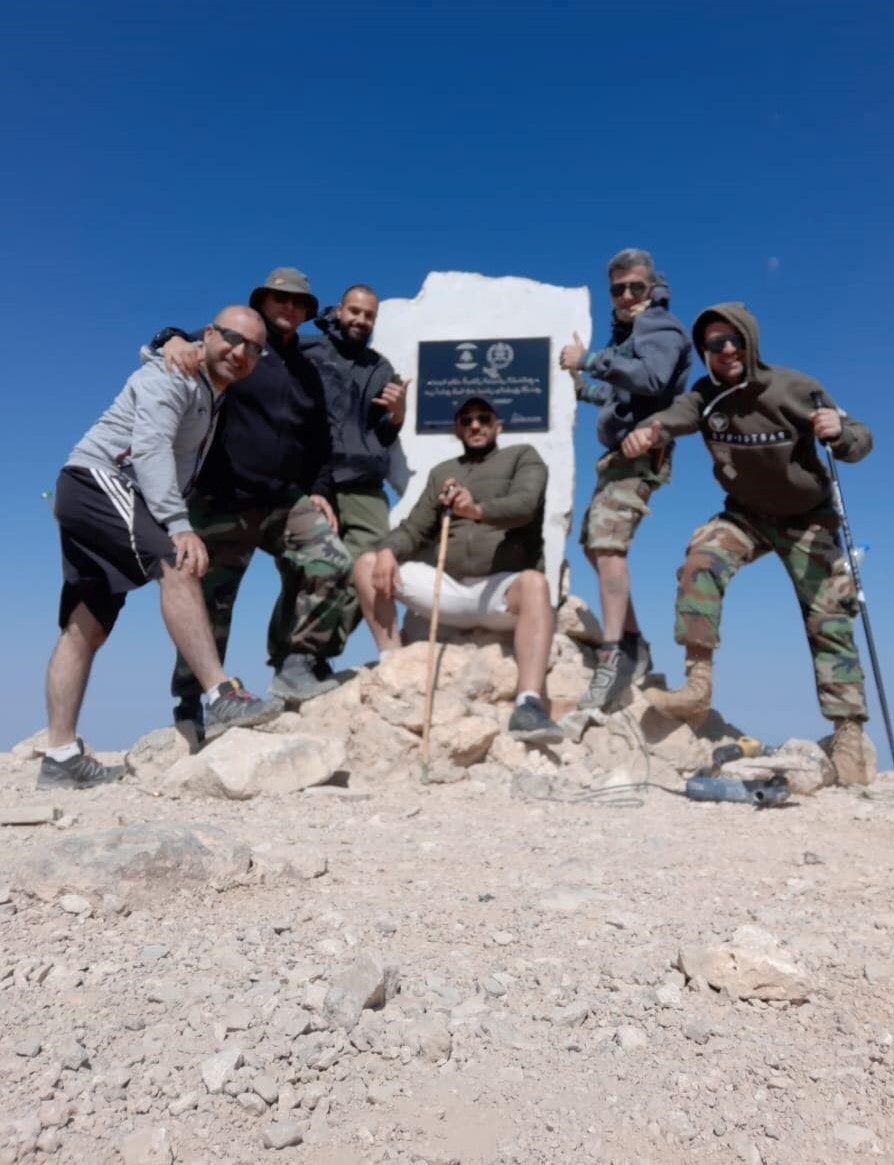 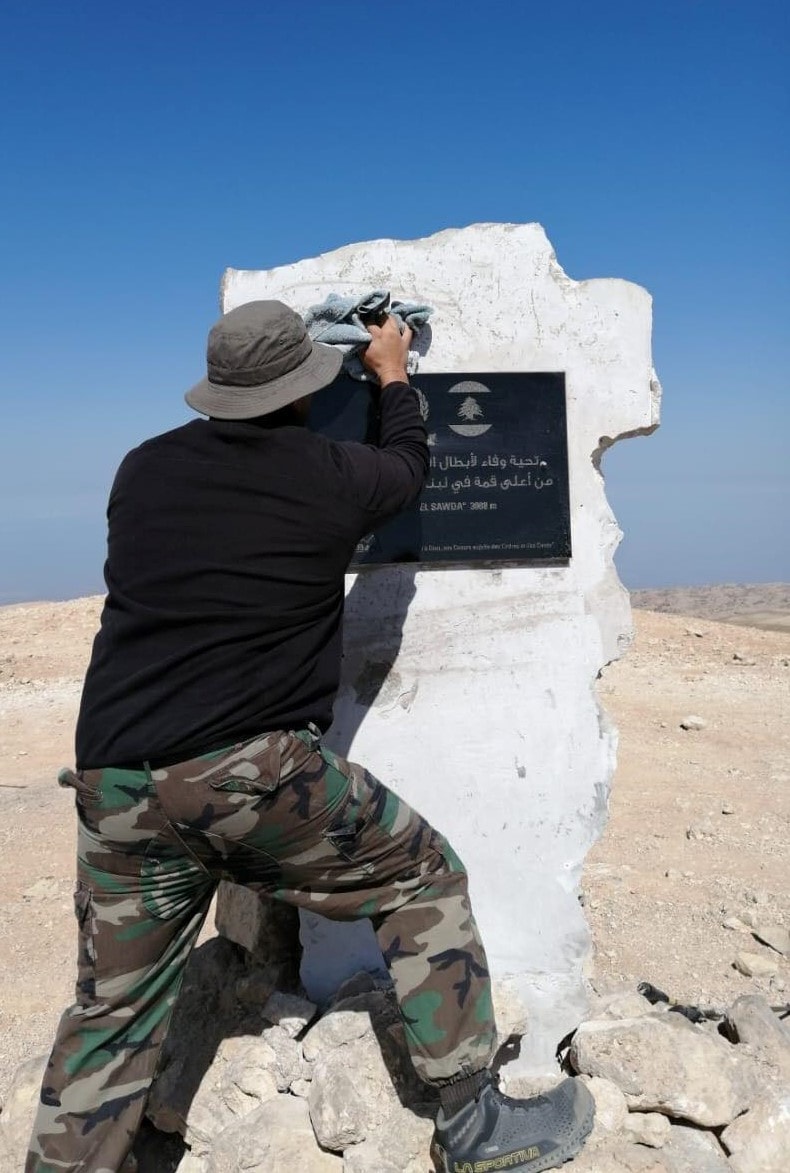 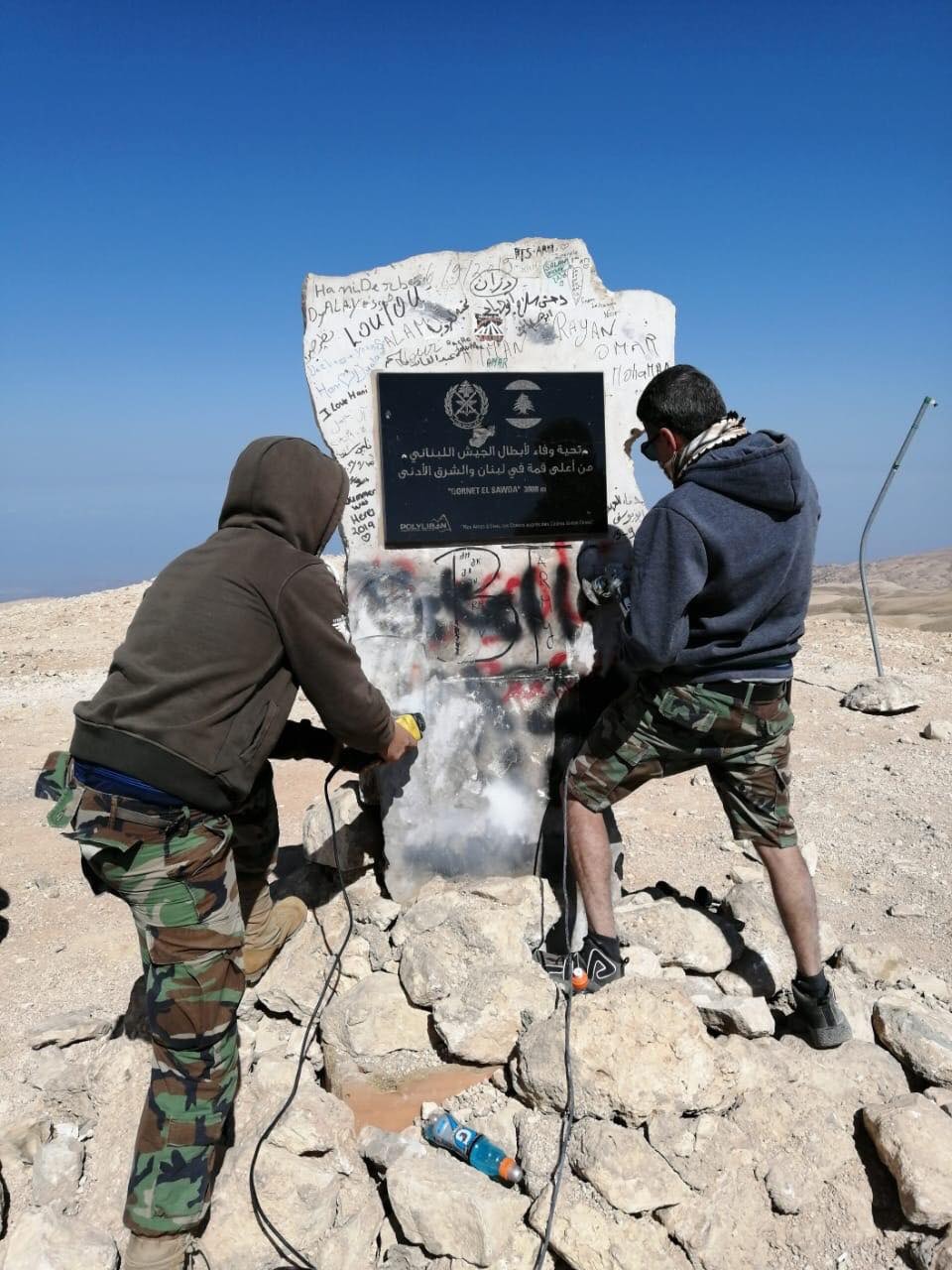