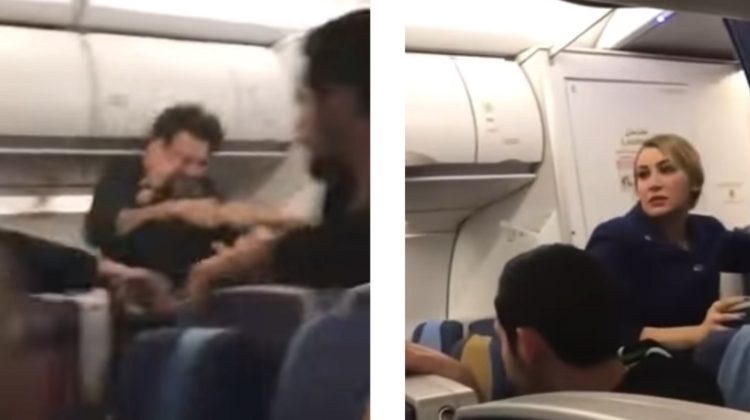 I heard about this fight yesterday but a video emerged today showing two passengers fighting on the plane. LBCI reported that one of the passengers “got into a dispute with an air hostess before assaulting her, which prompted another passenger to rise to her defense and engage in a fistfight with the first passenger”. As a result, the plane had to make an emergency landing in Istanbul.

I wonder how stupid one has to be to assault a hostess in mid-air. This guy should be banned from flying for a year.