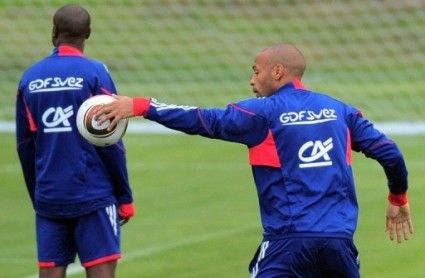 I can’t believe those bets are for real!

2- Chile are 16/1 favourites to be the first team to fail a drugs test, followed by Mexico, South Africa and Argentina at 18/1, then Ivory Coast and Paraguay at 20/1.

3- France striker Thierry Henry, whose handball helped Les Bleus beat Ireland and qualify for the tournament, is 100/1 to score with his hand.

6- But also at 150/1 is for Steven Gerrard to forget he is not playing for Liverpool and accidentally set up club colleague Torres for a winning goal should England play Spain.

Even more bizarrely, fans can bet on the number of shark attacks during the tournament, with none deemed most likely at 10/11, one at 4/5 and two at 12/1.