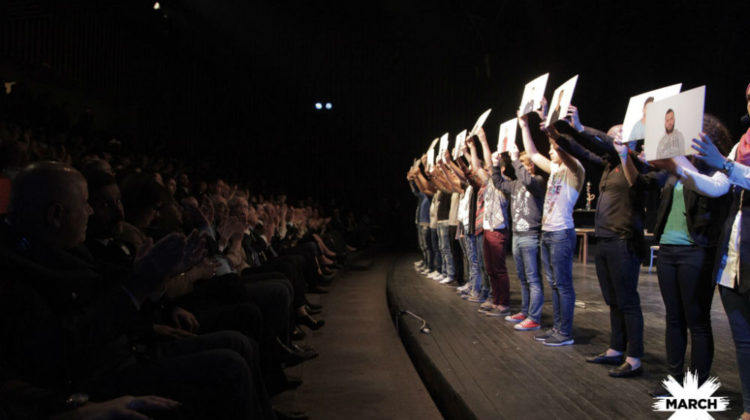 HONA Beirut debuted on April 13th, the anniversary of the start of the Lebanese Civil War. The play is a dark comedy directed by Yehya Jaber and produced by MARCH Lebanon, where 18 young men and women from different backgrounds and religious poke fun at the sectarian rifts and stereotypes they live with every day.

The plot is as follows:
“After a breaking news bulletin interrupts auditions for a play at a cafe in Downtown Beirut, the actors scramble to find out who amongst them is the suspected suicide bomber. 18 young men and women, from different neighborhoods in Beirut, race against time and their sectarian prejudices to try and figure it out before it’s too late.”

And the play will be showing for two more days:

If you wish to attend, you MUST confirm reservation by calling 01208101 or email info@marchlebanon.org.

And a glimpse from the play: