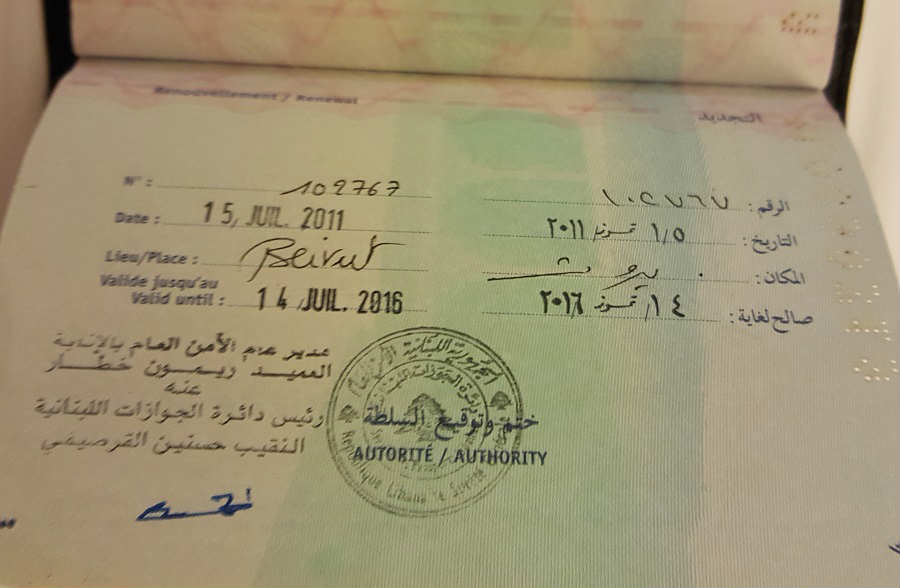 The General Security released an important memo a couple of weeks ago but apparently very few people have read it or heard about it (including myself) because we were all too busy with the holidays. In fact, I think the timing and the rollout were terribly planned as a lot of people travel back to Lebanon during this time of year just for few days and the last thing they’d want to do is spend hours, if not days, to come up with new passports. I’m not sure if they had announced these measures before but they should have done a proper campaign to inform everyone.

The memo basically says that you will need to apply for a new Lebanese passport if:

– The renewal on your old passport is hand-written, just like the picture above.
– Or your passport includes accompanied individuals such as children.

The deadline was set to the 10th of January, after which the old renewed passports will no longer be considered valid on departure. In other words, you won’t be able to fly if the conditions apply and you don’t have a new passport. On the other hand, arrivals will be warned.

Luckily for me, I only have 5 months left on my passport so I have to renew it soon but this sucks for those who just renewed their passports last year for more than a year.

PS: LBCI did a report on this issue. Watch it [here].