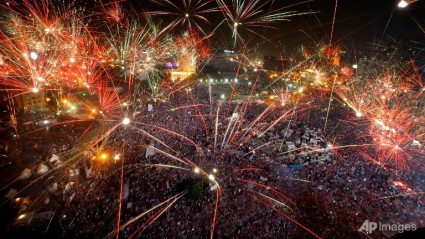 Lebanese forgot yesterday about all their worries and became more involved with the Egyptian crisis than the Egyptians themselves. Added to that, most TV shows were cancelled or delayed to broadcast live from Tahrir Square, unlike last week when the Lebanese Army was raiding Al-Assir’s bastion.

Having said so, while Egyptians may have had many reasons to protest, we don’t have anything to worry about or protest against in Lebanon as:
– Electricity is 24/7 and really cheap.
– Internet is so fast and abundant.
– MPs are giving away their salaries to help close the debt.
– Corruption no longer exists.
– Pollution is at its lowest levels in years and public gardens are everywhere.
– Women now have the right to grant citizenship.
– All armed groups were disbanded and the army is in control.
– Traffic is no longer a worry as public transportation is now available.
– Beach resorts had their licenses suspended and beaches are public and free for all now.

PS: I am hoping this post creates the same effect the “Don’t go to Lebanon” ad did but I know it’s not gonna happen. 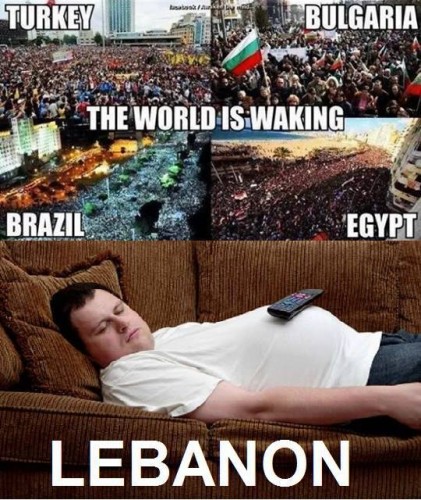