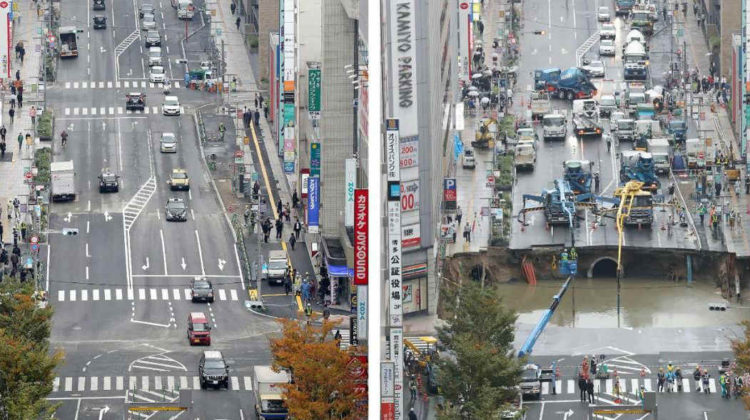 It took Japan two days to fix a 30m wide sinkhole in the city of Fukuoka. Sewage pipes were fixed, traffic lights and power lines replaced, and all the pipes back up all in less than 48 hours. We are talking about a gigantic 15-meter deep sinkhole which is roughly half the size of an Olympic swimming that got fixed and reopen to the public in less than a week time.

Here in Lebanon, some potholes are so old you can’t even fix them anymore as they are considered antiques. Also the only way to get the ministry of Public Works or the municipalities to fix potholes and close down open manholes is to hold elections every day. And even when this is done, they do a lousy job.