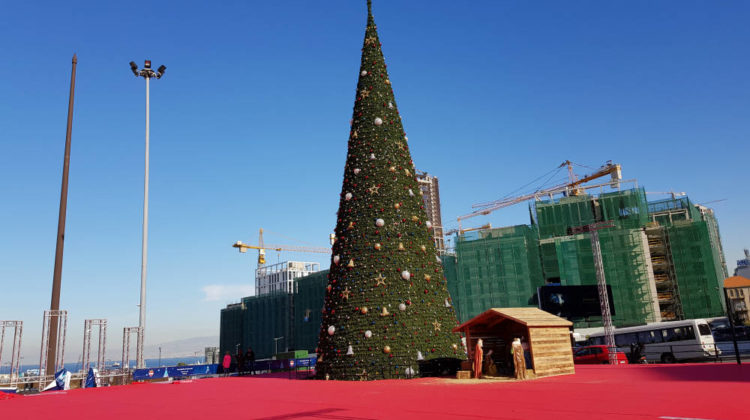 A ex-member of Beirut’s municipality tweeted today claiming that the NGO in charge of decorating for Christmas this year is installing the same decoration from the year before. If I’m not mistaken he’s referring to a company called BEASTS which was born out of the blue last year and organized a sports event with F1 cars and stuff.

I honestly know nothing about the company but I didn’t like one single bit what they did with the F1 cars and the safety measures in place. Still, it’s quite ironic that a previous municipal member would raise the Christmas decoration issue noting that he served from 2010 and 2016, a period which witnessed some of the ugliest and cheapest Beirut, which I documented in an old post. 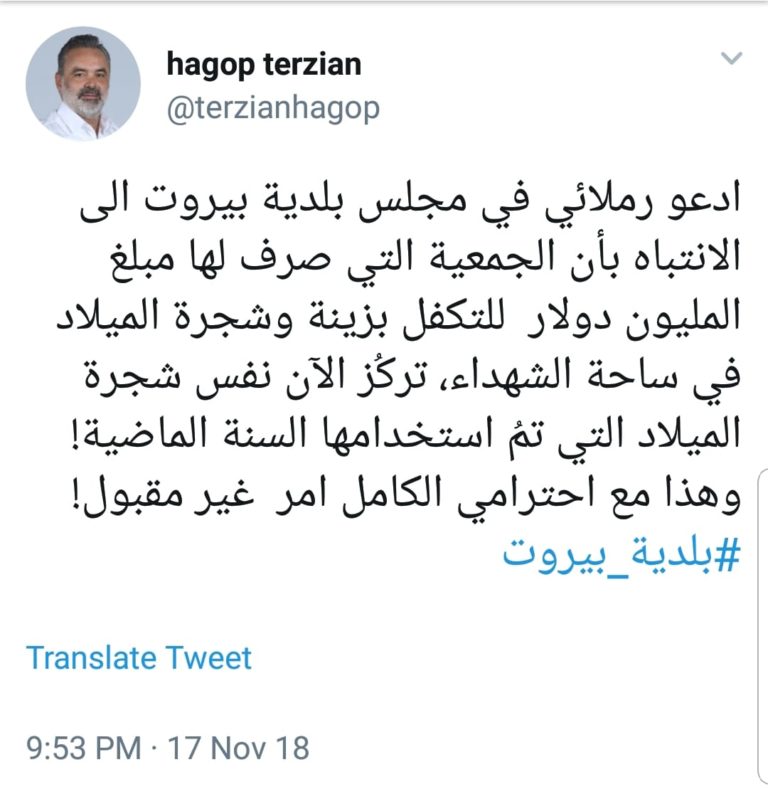 They’re also claiming online that BEASTS was given 1 million dollars for the year 2018-2019 to organize:
– A Christmas village
– A Christmas tree and lightings around it
– Prophet’s birthday
– Ramadan Festivals
– New Year Party

Some are saying this is corruption but 1 million dollars is nothing to organize all these events to be honest. I know for sure that last year’s Beirut NYE Party cost several millions of dollars, so something’s not right about this memo and amount, unless the municipality has decided to cut down its expenses this year drastically and barely do any events.

In all cases, we will see in the coming weeks what’s gonna happen. 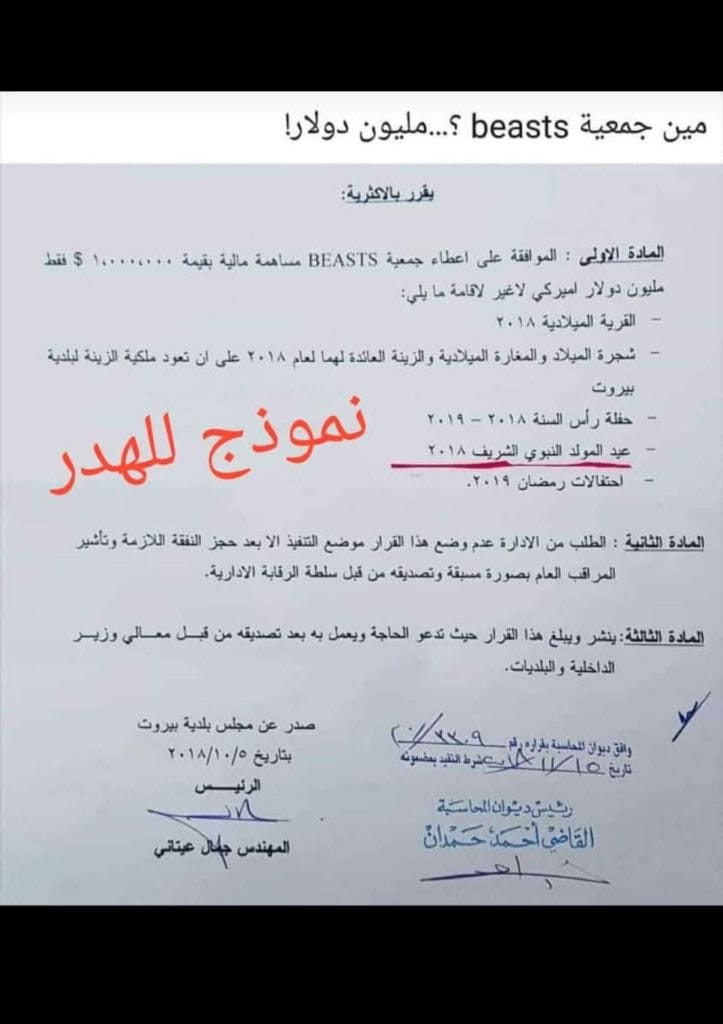