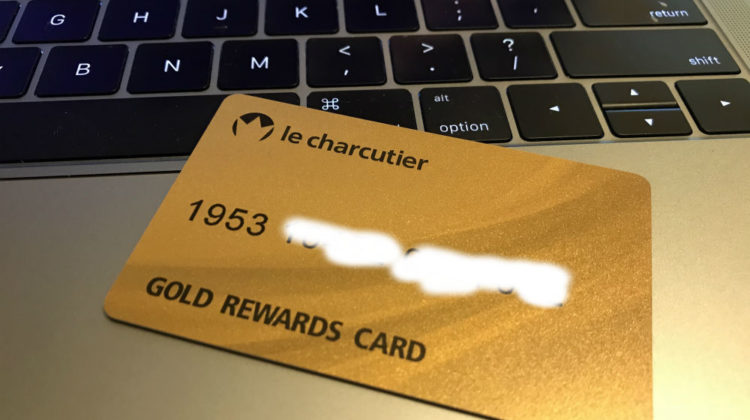 I’m really bad at keeping track of my supermarket expenses and I’ve never really considered getting loyalty cards up until I saw Le Charcutier Aoun’s ad last month. Since I’m a regular shopper there, I thought there’s no harm in applying for it. I submitted the form, got my card a couple of weeks back and I have to say it’s a pretty good loyalty program.

I’m a frequent Le Charcutier customer mainly because its proximity and its cheap and competitive prices. I get most of my household essentials from there while I prefer getting my fruits & vegetables from O&C, Stop & Shop and a couple of small shops. Back when I used to live in Sarba, we had a Le Charcutier branch nearby and ever since I moved to Jeita, I pass by the Jeita branch on my way up. They have underground parking and a spacious outdoor lot and tens of cashiers. One thing I don’t like though is how crowded the supermarket is especially with all these kiosks at the entrance but I must admit I’ve noticed slight improvements in the past months and the Jeita branch is still far better than the Sarba one for me.

Over the years, I’ve tried several other supermarkets but I guess It’s a matter of habit when you’ve been going for so long to the same supermarket. In all cases, as I said earlier, it is mostly a matter of convenience, habit and of course prices. I wish I had applied for that loyalty card months ago as I would have saved up a lot, but better late than never! Funnily enough, last week I remembered I had a ZWZ loyalty card with over 500,000LBP accumulated on it that I haven’t used yet.

Anyway, here’s what it offers based on what I found on the FB page:
– Points are accumulated starting 1 LBP and above and on every single purchase, no matter how small it is.
- Points are valid for 1 year from the date of purchase.
- Points can be redeemed instantly on any POS by deducting the value from the current bill.
– All promotions, campaigns, and deals are inclusive.