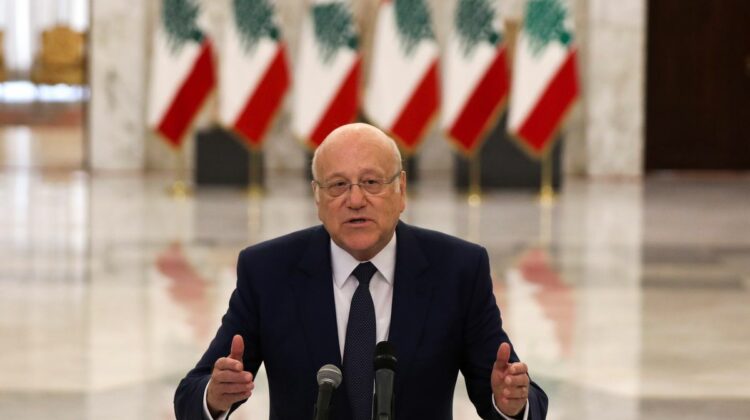 Note: The post is a WIP as I will keep updating it with new information & correcting existing ones.

I did a quick search on each of the 24 new ministers and thought I compile them into a blogpost along with their respective pictures: 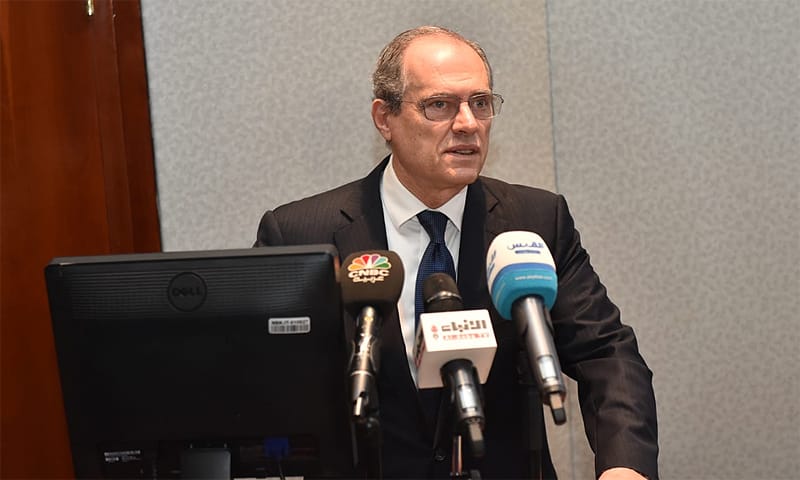 An economist who served as an assistant director at the IMF (International Monetary Fund) for almost 20 years before joining the National Bank of Kuwait as a Group Chief Economist. Shami has a PhD in Economics from McMaster University. 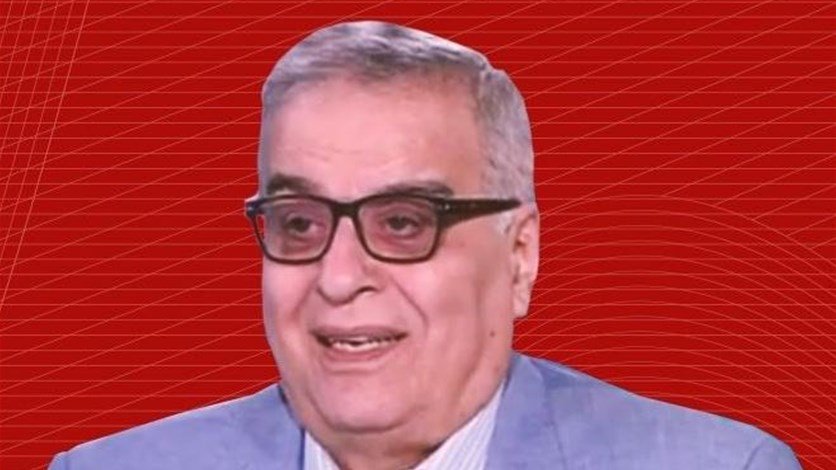 Abdallah Bouhabib, presently Managing Director of the Issam Fares Center for Lebanon, which he founded in April 2007; a Lecturer at La Sagesse University; and served as Vice President of the Maronite League from 2007-2010. He began his career at the World Bank in May 1976 as an Economist and then a Senior Loan Officer in the Middle East and North Africa (MENA) region. From May 1983 to February 1990, Dr. Bouhabib served as Lebanon’s Ambassador to the United States. He rejoined the World Bank in February 1992 as Adviser to the MENA Vice President and Regional Communication Unit Chief. In March 2001, Ambassador Bouhabib returned to Lebanon and served until August, 2005 as Senior Adviser to Lebanon’s Deputy Prime Minister. Dr. Bouhabib is a graduate of the American University of Beirut and holds a Ph.D. in Economics from Vanderbilt University in Nashville, Tennessee. [Source] 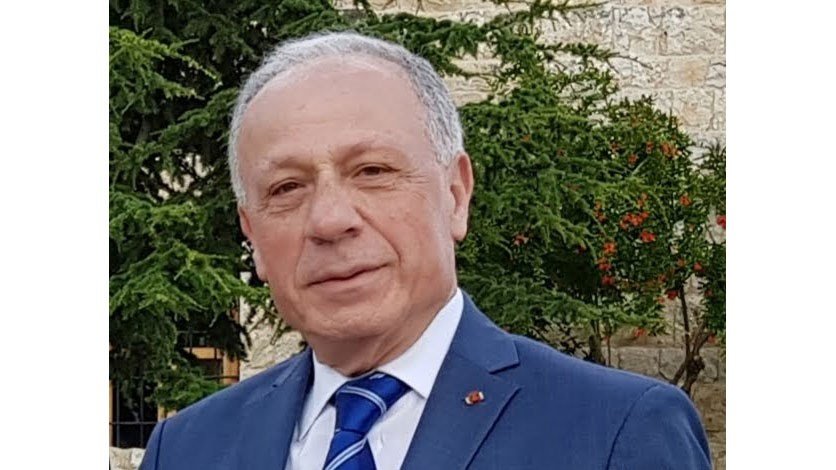 Slim joined the Military in 1972 and graduated with the rank of lieutenant in the Artillery Corps on August 1, 1975.
He held many leadership positions in the field units, and held many positions in the army command staff. Up until 2012, he held the position of Chief of Military Medicine in the Lebanese Army. [Source] 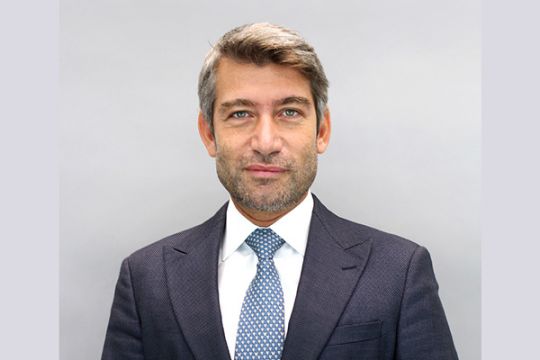 Dr. Walid Fayad joined Partners in Performance in January 2019 as a Director, assuming the role of Managing Director for the Middle East and North Africa (MENA) regions. Prior to joining the firm, Walid served as Executive Vice President at Booz Allen Hamilton, where he co-founded the firm’s MENA business. Walid led the MENA energy, environment, infrastructure, and operations practices, while also heading the firm’s people agenda in the region. [Source] 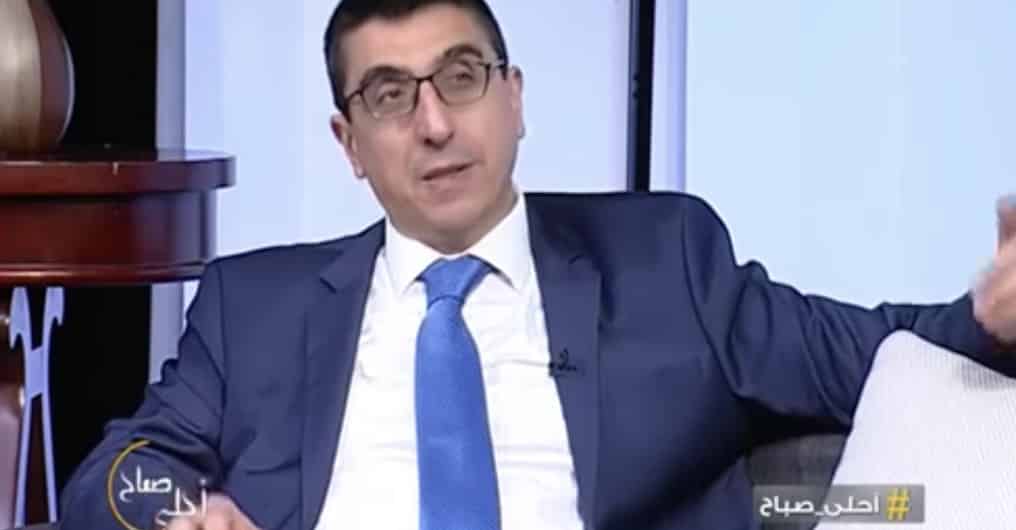 Born in 1965, Hector Hajjar was appointed Minister of Social Affairs on September 10, 2021. He holds a doctorate in dentistry from the Lebanese University and a license in social activism from Saint Joseph University. He has distinguished himself through his work with the “Risala Peace” association, which supports people with special mental needs, and the Caritas Foundation.

Hector Hajjar is one of the founders of the community of Missionary Brothers, of the group of Christian Entrepreneurs and Leaders – Lebanon and of the association PAD (Prevention, Support and Development). He is also the president of “Message de Paix“. [Source] 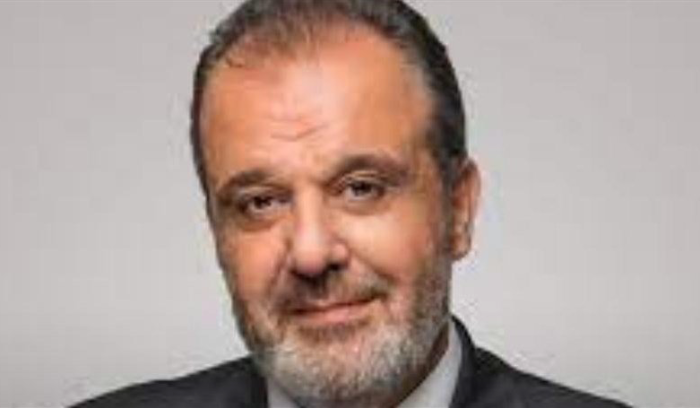 Bouchikian served as a member of the Board of Directors of the Syndicate of Importers of Medical Equipment and Supplies in Lebanon, as well as a member of the Lebanese-Swiss Chamber of Commerce and the Chairman of the Anjar Development Council.

He also founded several successful Lebanese companies that contributed to the introduction of international brands and trademarks to the Lebanese and Middle Eastern market. [Source] 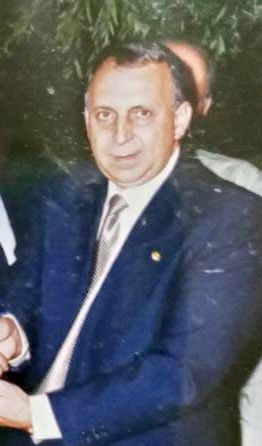 Born in the town of Aley in 1954, Mr Sharafeddine is a trained pharmacist who branched out into the business world in the 1990s when he started producing soaps, cosmetics and cleaning products, the NNA said.

He is a co-founder of beauty company Sharafeddine Industrial Laboratories and an adviser to Druze politician Talal Arslan, an opponent to Lebanon’s veteran Druze leader Walid Joumblatt, since 1991. [Source] 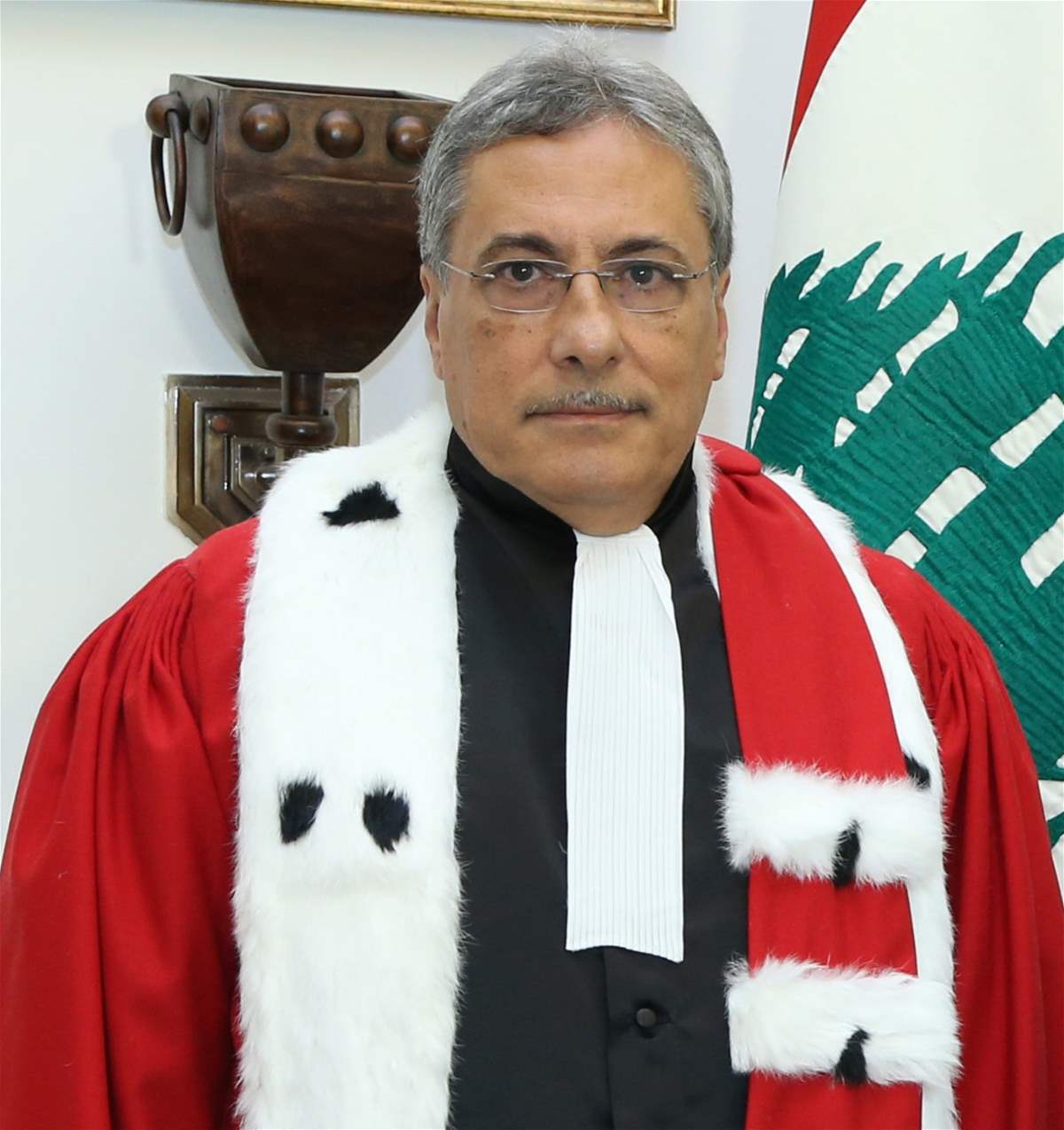 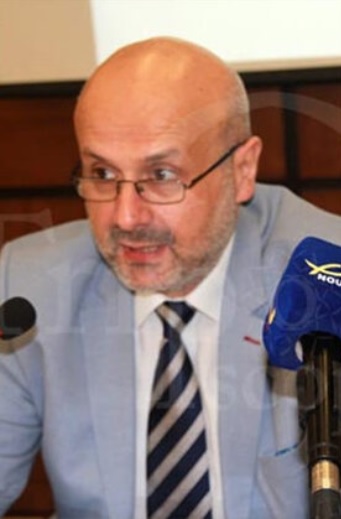 Bassam Mawla was a judge of the Chamber of First Instance in Beirut before heading the North Lebanon criminal court.
He was the first judge to hold an electronic session in the history of the North Governorate, due to the closure of the courts due to the Corona pandemic. 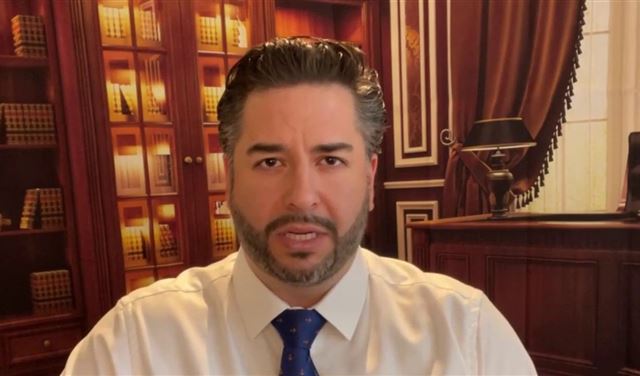 – An international lawyer and economist, specializing in management and leadership program from Harvard Kennedy School, and in international and comparative law from George Washington University.

Mr Salam is a corporate lawyer and economist with a degree in leadership and management from the Harvard Kennedy School, the NNA said. He is a former vice-president for business development of the National-US Arab Chamber of Commerce. 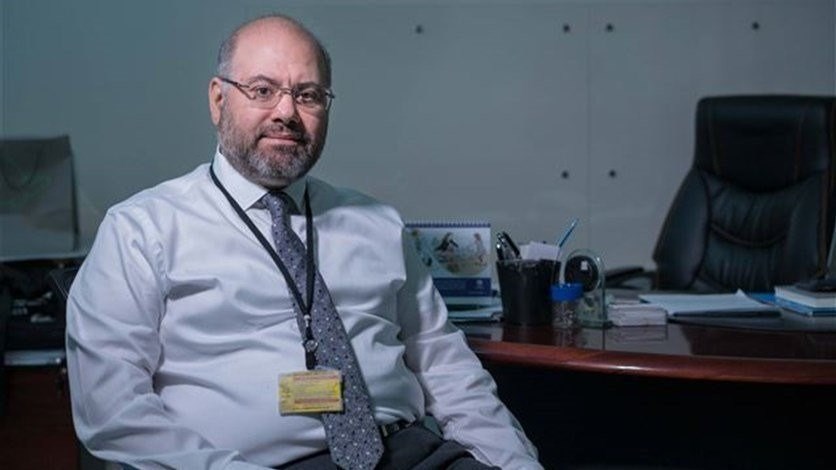 A gastrointestinal surgeon, Firass Abiad has been the chairman of the board of directors of Lebanon’s largest hospital, the Rafic Hariri Hospital, since 2015. Mr Abiad studied at the American University of Beirut, where he obtained an MBA in 2013. Mr Abiad shot into public consciousness as the face of Lebanon’s response to the coronavirus pandemic. [Source] 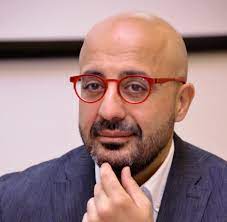 Dr Nasser Yassin is the Director of Research at the Issam Fares Institute for Public Policy and International Affairs, and professor of policy and planning at the Health Management and Policy Department at the American University of Beirut (AUB), Lebanon. He co-chairs the AUB4Refugees Initiative that aims to bring together and build synergy among faculty and departments in AUB responding to the Syrian refugee crisis. He holds a PhD from University College London (UCL), an MSc from London School of Economics (LSE), and an MSc and BSc from the American University of Beirut (AUB).

His research and practice interests are in development planning and policy-making in fragile states. His work looks at how civil society actors, community groups and informal networks can influence policies as well as development and humanitarian programs. He is currently leading a research project on understanding the informal adaptive mechanisms among refugees and their host communities in the Middle East. He is author of more than 30 internationally published articles and reports. [Source] 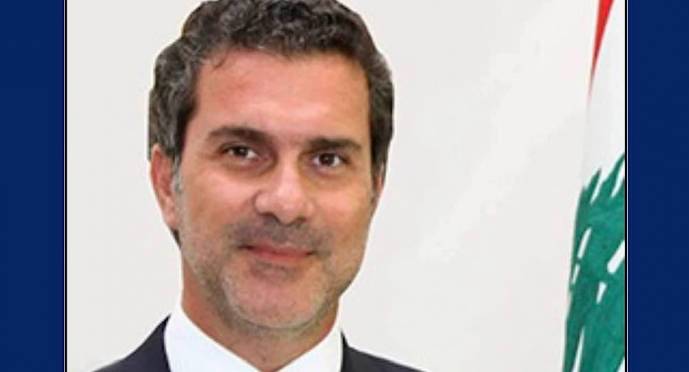 Born in the coastal town of Jbeil in 1968, Mr Nassar studied engineering at Beirut’s Saint Joseph University. The NNA describes him as a “founder of several companies in Lebanon and Saudi Arabia in the fields of engineering, contracting and project management”.

He recently worked as a consultant for Lebanon’s participation in the Expo 2020 Dubai. [Source] 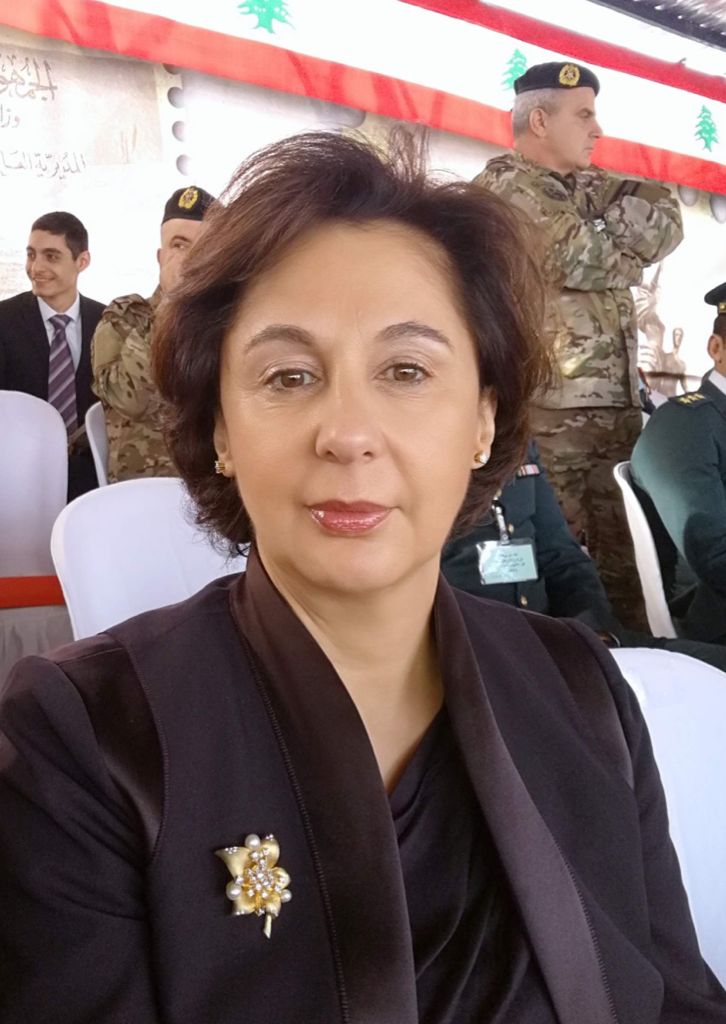 The only female minister in Mikati’s government. Ms Riachi has served in a number of diplomatic positions, including as Lebanon’s permanent representative to the United Nations from 2007 to 2017. She holds two bachelor’s degrees from Lebanon’s Saint Joseph University in political and administrative sciences, as well as in history and geography. She directed the office of Lebanon’s minister of foreign affairs from 2012 to 2020. 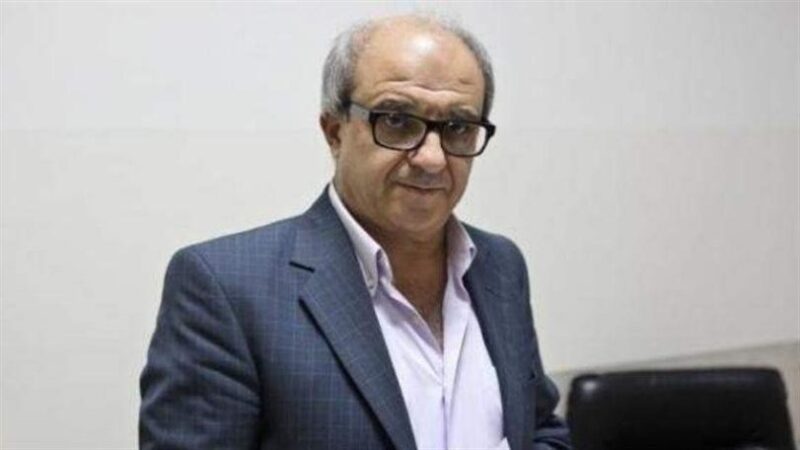 Born in 1953, Brig Gen Kallas has held a number of administrative positions in Lebanese newspapers and universities, including editor of local daily Annahar’s culture pages and lecturer at the faculty of documentation and information at the Lebanese University. [Source] 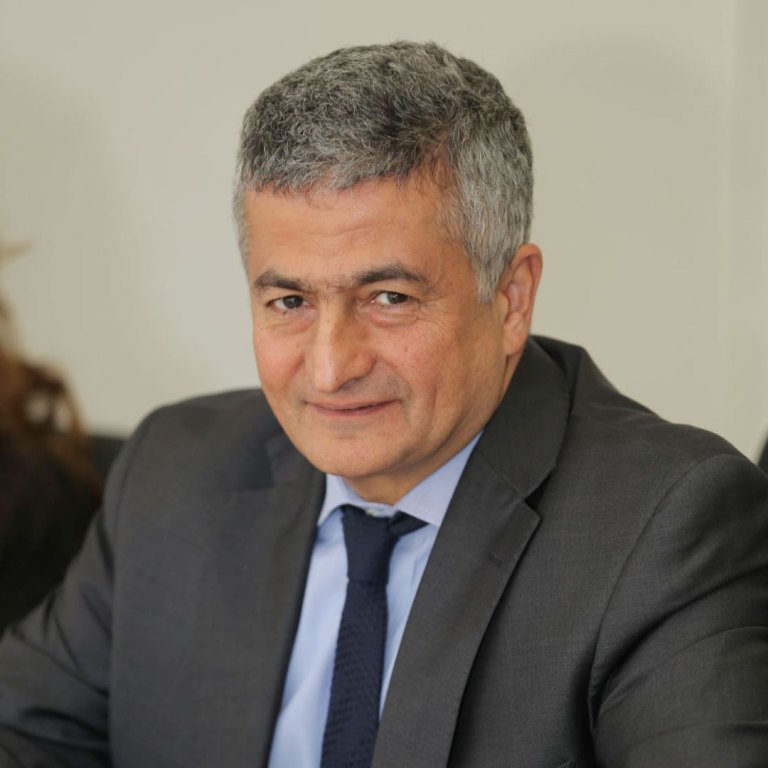 Youssef Khalil is the director of the Lebanese central bank’s Financial Operations Department. The website of the Lebanese microfinance association, over which he presides, says that he obtained a doctorate in France from the Centre of Studies and Research in International Development and joined the central bank in 1982 as an economist. 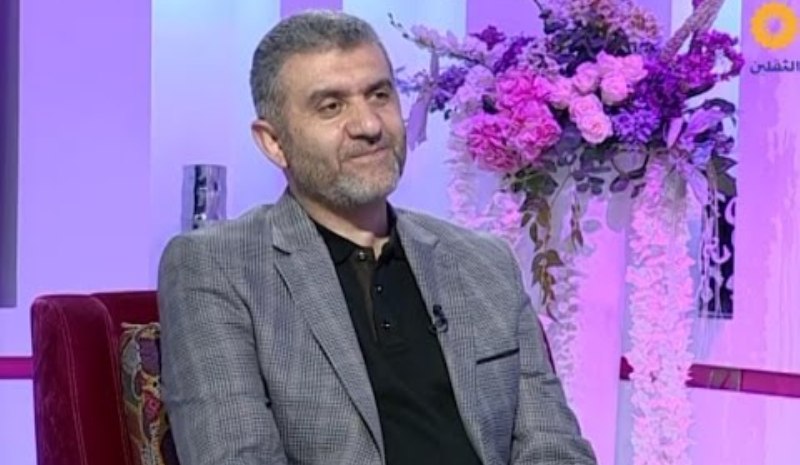 One of Hezbollah’s ministers in the Cabinet, Mr Bayram has a diploma in public law, and a master’s degree in financial law from the Islamic University. Born in 1972, he was appointed head legal observer in the audit department of the Council of Ministers in 1998. 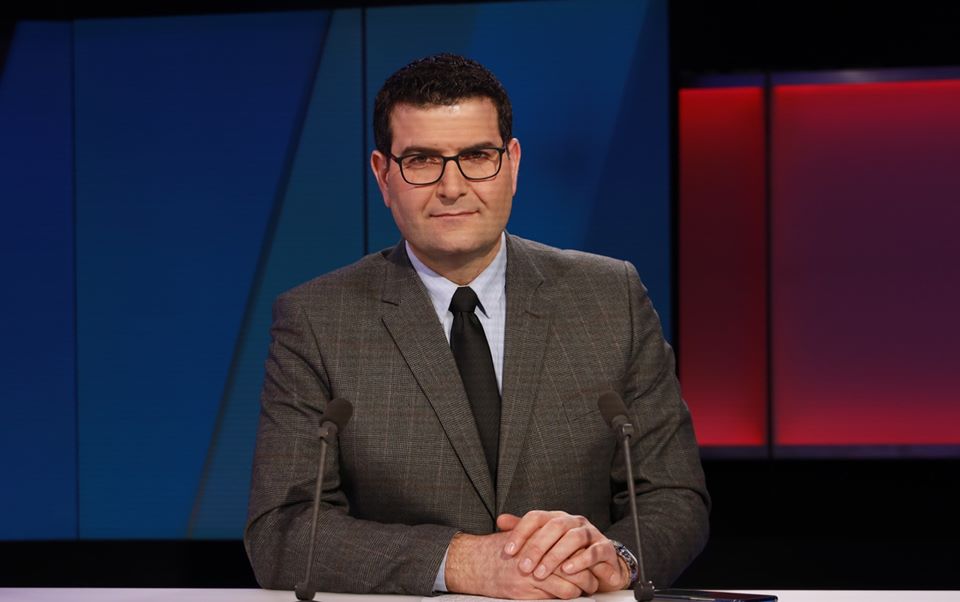 Born in 1975 in the town of Chaat in the region of Baalbek, Mr Hajj Hassan is a former journalist who previously worked at France 24 in Paris. He studied law and political science in France, the NNA said. 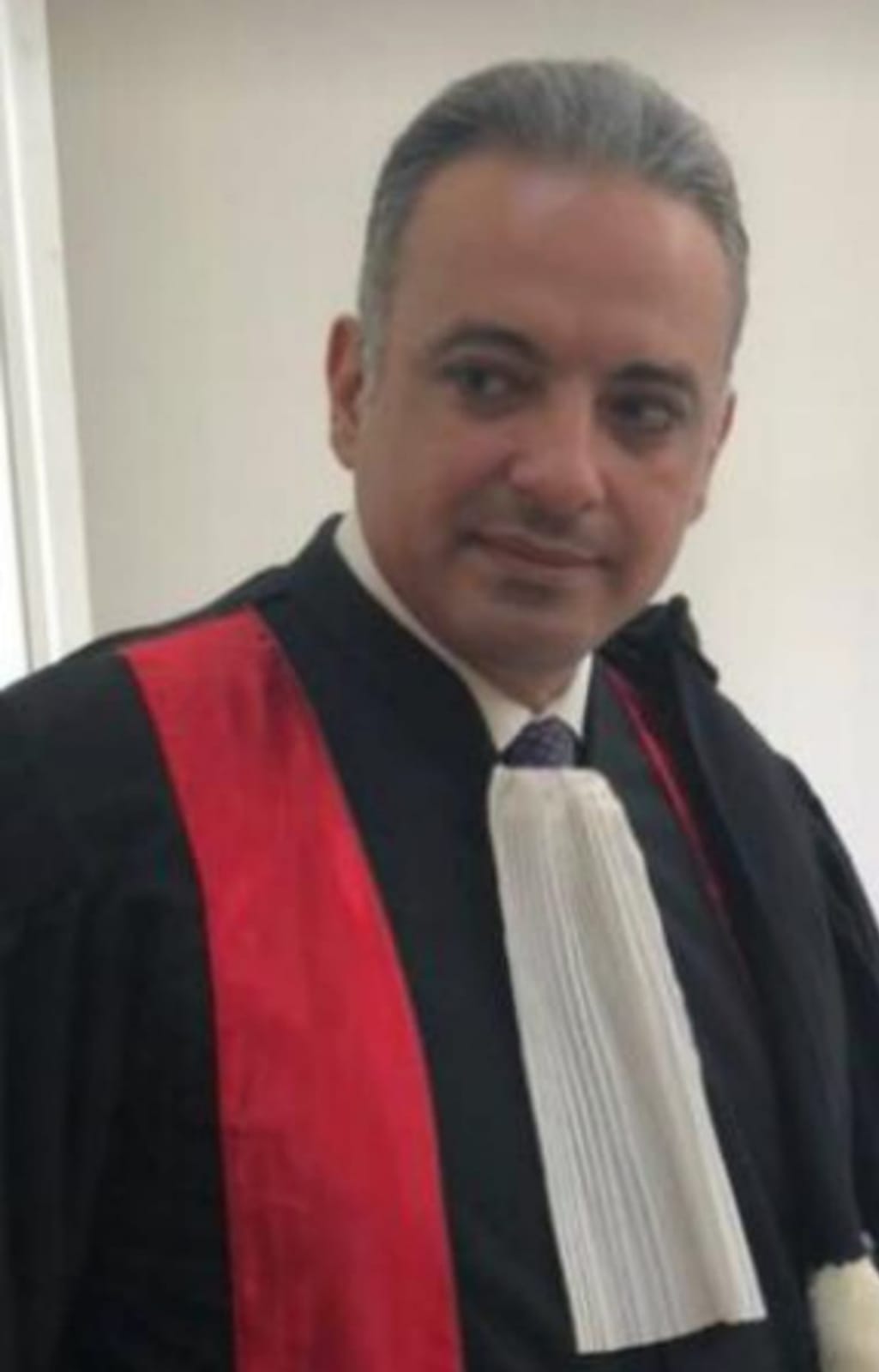 A judge and a university law lecturer. 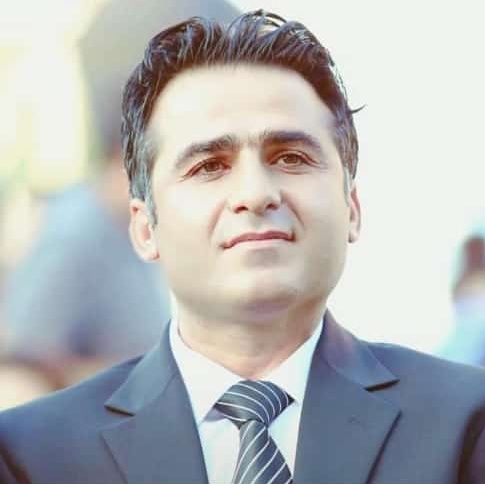 Born in the village of Taraya in east Lebanon in 1977, Hamieh holds a PhD in electronics and optical communications from the University of Western Brittany in France. He is a lecturer at a number of local universities. 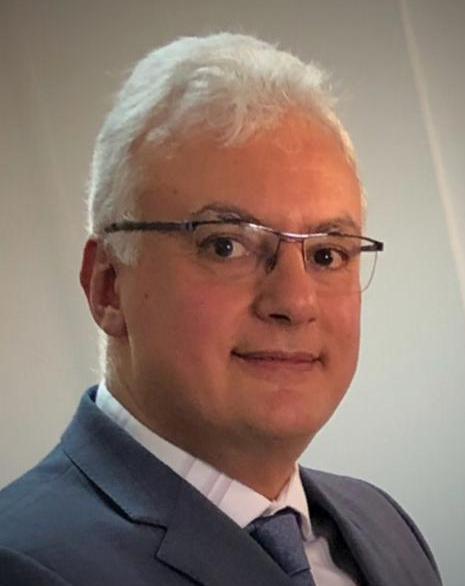 Johnny Corm is a Maronite Lebanese and the Chairman of the Board of Directors of the General Paints Company. 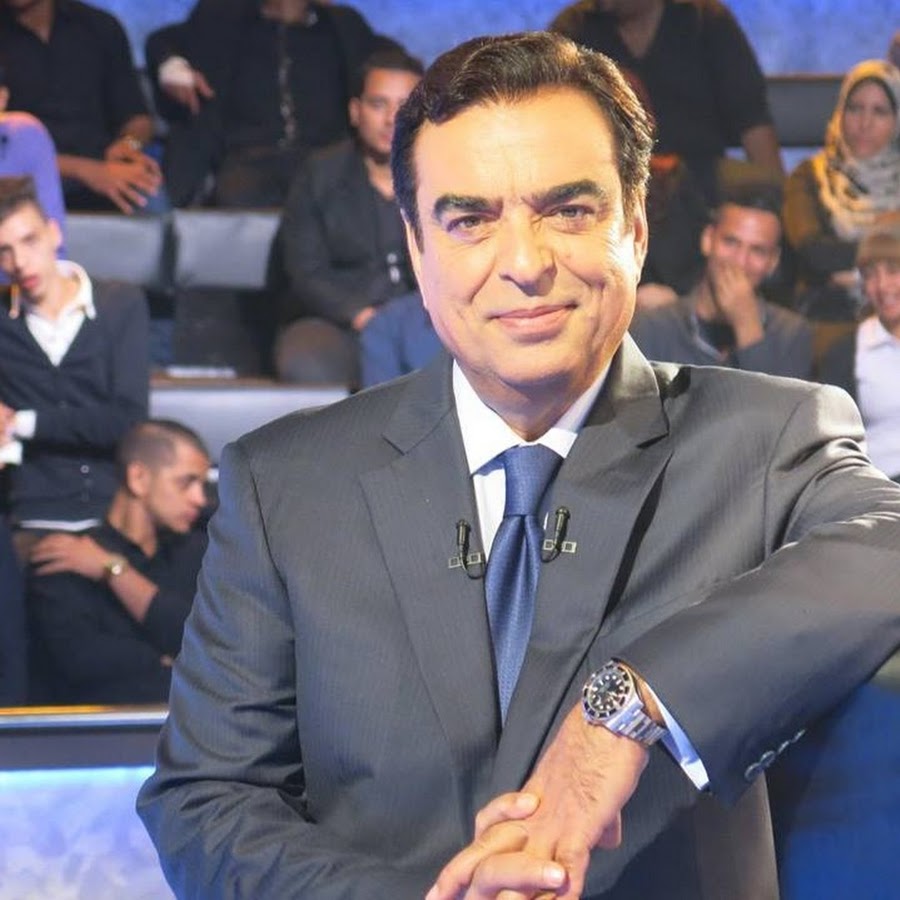 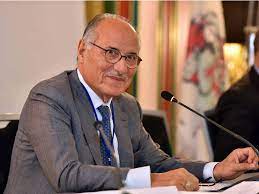 Former Judge, Vice-Chairman of the Board of Directors and Legal Counsel of the Bank of Beirut and the Arab Countries (BBAC) and Professor at St. Joseph University, Beirut (USJ). Mr. Abbas Halabi holds a degree in French and Lebanese Law from the St. Joseph University, a diploma in European Community Law from the European University Center of Nancy (France), a diploma in Comparative Law from the International Center of Comparative Law of Paris, a diploma from the Institute of Judicial Studies in Lebanon and a diploma of Higher Specialized Studies (DESS) in private law from Paris X Nanterre (France).

Mr. Halabi is the author of numerous articles and studies for local and regional dailies and periodicals. [Source]