From a young age, board games have been a huge part of my entertainment. Stratego, Risk, Pyramid, Monopoly, Cluedo, Chess and many others. I have played so many strategy board and PC games over the years that I didn’t think I would find a new game as good as the classics; well I was recently proven wrong.

A couple of friends have been playing a “new” board game called “Catan” for some time and they kept telling me how addictive it is so I got curious and gave it a try and I’ve been playing weekly ever since. I even found out about a Catan Facebook fans page in Lebanon where they organize tournaments every now and then. 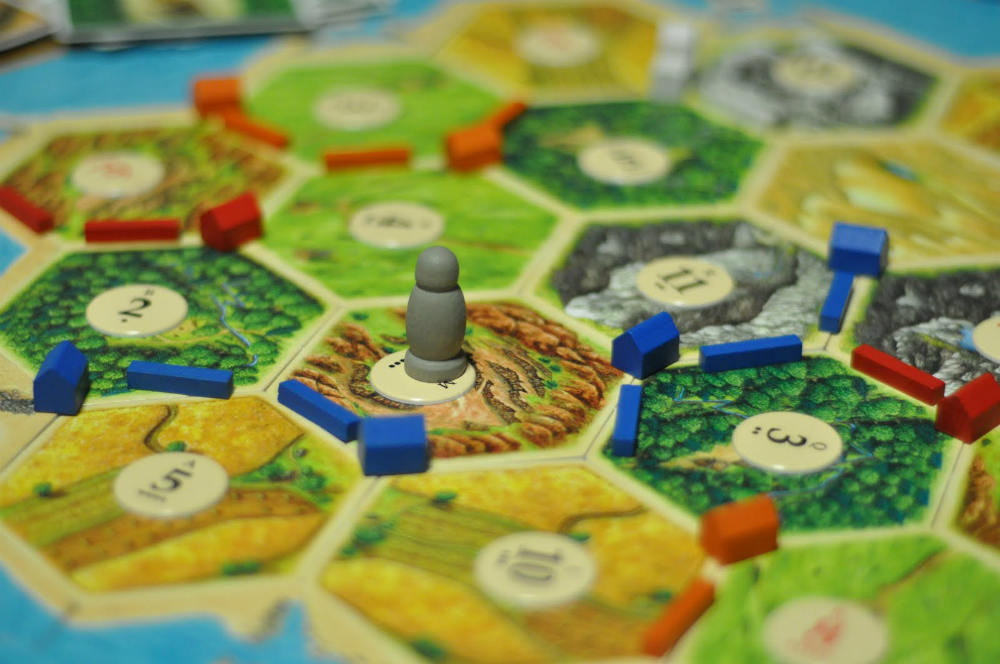 About Catan:
Catan, also known as “Settlers of Catan”, is a strategy board game created by German Klaus Teuber that has sold over 24 million copies since its release in 1994. The game consists of establishing colonies on the newly discovered island of Catan using roads, settlements and cities. The stone and sheep, except for one tile representing a desert where a robber lives. These resources help you build and expand your colonies.

The objective of the game is to get 10 victory points. Every settlement you build gets you a point, while every city is 2 points and so on. Additional points can be obtained by building the Longest Road, or hiring the Strongest Army, each worth 2 points, or drawing a Victory point from the development cards stack.

Now, what makes the game interesting and fun is the fact that you’re allowed to exchange cards by offering deals to other players. Negotiations could prove crucial in getting more victory points and winning the game. On a side note, negotiating in Arabic over sheep, wood & rocks are quite amusing at first “3teeneh Kharouf khod khachebten” etc ..

This makes the game interactive in such a way that all players (3-4) will never be bored as the game goes on. Moreover, the game is quick and doesn’t last more than an hour usually. When you start playing Catan, you will find that it’s a simple intuitive game, yet it remains difficult to win.

The game was named GameCon Game of the century in 2015. Catan World Championships are held every 2 years and you can participate if you win the Catan Lebanese Championship.

All in all, it’s been a long time since I found a new interesting board game and now that I have, it will take some time before I get bored of it. Winter is almost here and cold rainy nights are ideal for staying in and playing board games.

Catan is available in most libraries and toy stores. You can also check out with the FB page for further info.