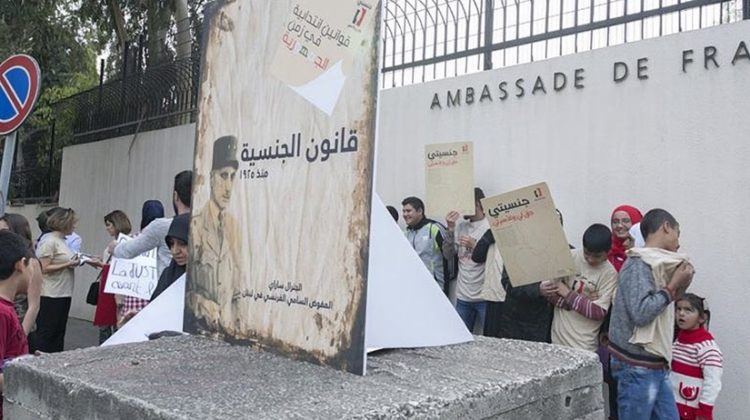 Every time a naturalization decree was signed, it caused controversy in the first few days but then people forgot about it and I don’t expect a different reaction this time UNLESS those opposing the decree are able to challenge it in front of the Constitutional Council.

The decree gives citizenship to over 350 people, mostly Syrian, Palestinian, Iraqi, Jordanian, Yemeni, Tunisian, Egyptian, Saudi, German, French, British, Iranian, Chilean, American and Indian, as well as a number of stateless applicants according to [Naharnet]. Many of those are apparently businessmen which is raising even further doubts on how the passing of this decree.

Why is it wrong?

– It came right after the elections, which makes us wonder if promises were made to prominent businessmen to grant them citizenship and what did politicians behind the decree get in exchange.

– The controversial Article 49 of the 2018 Budget was only annulled two weeks ago, which makes us wonder if there’s any link between these two.

– The decree wasn’t even published or announced and somehow made it to the news, which provoked criticism as to why no one was informed about it, especially that it’s within the president’s powers to enact the decree. Given how critical ALL parties were of attempts of settlement of refugees, including the president and all parties behind the decree, one has to wonder what pushed them to sign such decrees.

– Lebanese women have been fighting for years for their right to grant citizenship to their children and they should be the priority over foreign nationals under any circumstances.

– The fact that most of those naturalized are allegedly businessmen is quite alarming as it means that we’re basically selling them our Lebanese Nationality.

All in all, naturalizing 400 foreign nationals is not going to tip the demographic balance but we deserve to know on which basis were these people granted the Lebanese Nationality. Unfortunately, and just like anything else in this country, the decree will be forgotten in a couple of weeks if not less and the authorities will find a new topic to keep us busy with.