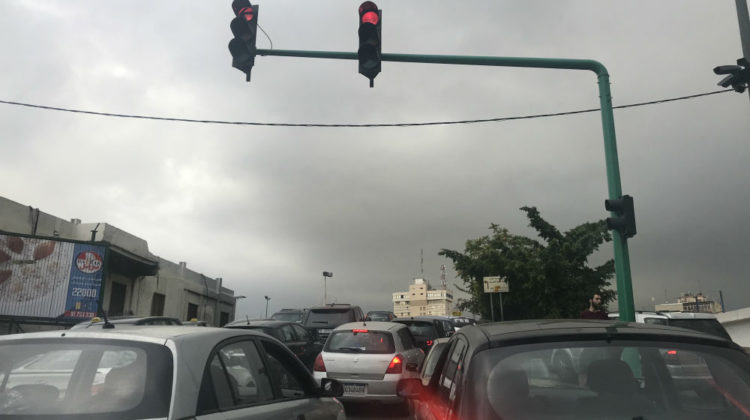 It’s been three months since works started at the Jal el Dib bridge and traffic is getting worse by the day. In the last two weeks, they started closing additional sections on the highway and maritime road and the outcome was an extra 30 to 45 minutes in traffic.

Last Wednesday, it took me over 3 hours to get back home because of the works and because some politician decided to block roads at 5PM. Traffic is become a real nightmare and yet no measures are being undertaken by the police to ease traffic. Simple things like banning cars, trucks and buses from parking on the sides of the roads, facilitating traffic when there’s an accident, forbidding trucks from hitting the road before 9AM, fining dumbass drivers cutting off people or going the wrong way, closing down these stop and go markets all over the highway etc …

Another possible idea to ease a bit traffic is to seal the Jal el Dib construction site because drivers tend to look at what’s happening and therefore cause more traffic, but given how badly managed the site is, I doubt they’ll even consider something like that. The sad part is that the worst is yet to come when they need to install the middle parts of the bridge over the highway.

On the other hand, I’ve noticed they picked up the pace in the past two months but I doubt that we will have a bridge by end of year, so Christmas time is going to be a lot of fun!