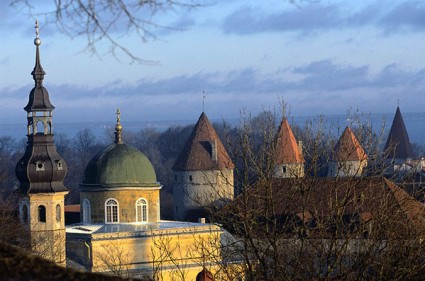 The story of the seven kidnapped Estonian tourists has been all over the news for the past few days and still no sign of finding them anywhere. [News]

I must say I find this kidnapping very weird and cannot figure out the motive of the kidnappers. I mean those were all Estonian tourists cycling in the Beqaa. The guns and cars that those gangs attacked with are more worthy than whatever those tourists could have had, unless of course they are transporting an old treasure that they found in the Beqaa valley!

I googled a bit about Estonia [Wiki] and there’s also no political or religious or social or whatsoever reason for us to be in conflict with this country or have any tensions or any kind. Their country is a small peaceful one with almost 1 million habitants and part of the European Union.

There was a similar abduction case back in August 2010 where two Polish tourists were also kidnapped but freed quickly by the Lebanese army [Link]. Could be some bad joke few thugs were trying to pull until they realized there’s no coming back from it.

There’s one thing though I’d like to note here, is that I find a lot of European tourists going to places they shouldn’t go to, or at least not alone. I mean most of the car thefts and crimes that occur in Lebanon take place in the Beqaa and in similar regions, maybe it would be a good idea for the Ministry of tourism to point this out to our tourists before they embark on such journeys. There should be a guide to the risky areas in Lebanon.

Anyway, I Hope that they get released quickly and safely.