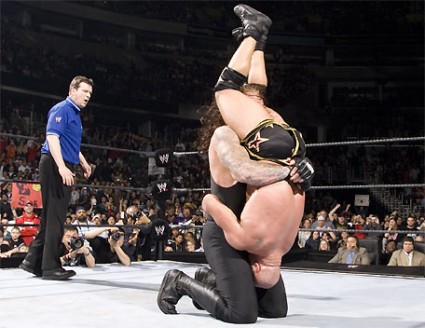 WWE Wrestlemania is back to the Middle East after a decade (At least that’s what they said on TV) and Doha will be hosting the WWE Wrestlemania Revenge Tour on the 23rd of April 2011 at Qatar Sports Club.

I’ve never really been a fan of wrestling but my brother keeps watching it almost every night so I am starting to get the hang of it but I still find it a bit silly and very fake.

Nevertheless, I would go watch them if they ever come to Lebanon as you don’t get to watch wrestling every day.