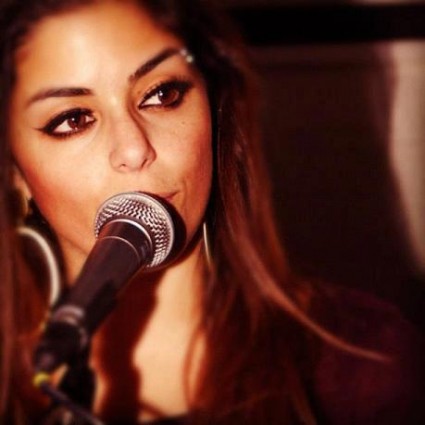 The first time I heard about Xriss Jor was after her live performance at the Angry Monkey in Gemmayze and her brilliant interpretation of Alicia Key’s Empire State of Mind (New York) song. She also performed live in other venues and took part as well in MTV’s Hek Menghanne show and The Voice. She’s a very talented singer and she was given the chance of a lifetime last Wednesday after she won the talent hunt at the Dubai Music Week.

In short, Xriss Jor will have the unique opportunity to work with Quincy Jones to produce a single and a video, so let’s hope she makes the best out of it and wish her the best of luck!

On another note, I noticed 2 other Lebanese among the five pre-screened performers, Dubai-based Lebanese band Jay Wud and Lebanese pop singer DD Fox. I’ve heard of Jay Wud before but had no clue who DD Fox was.

A 27-year-old Lebanese singer has been given the chance of a lifetime after she was picked as winner of a talent hunt by a star-studded panel on the second day of the Dubai Music Week late Wednesday night.

Singer Xriss Jor, who impressed judges will.i.am, Timbaland and Quincy Jones with her rendition of the Beyonce song, Listen, will get the opportunity to work with the legendary Jones to produce a single and a video.

“Thank you so much. It’s an honour,” said breathless Jor, who was chosen among five pre-screened performers at the Producers Panel on the second day of the Dubai Music Week. Her competitors were Emirati Soul singer Hamdan Al Abri, Dubai-based Lebanese band Jay Wud, Lebanese pop singer DD Fox and Sudanese R&B singer Nile. Jor who won fans with her covers of popular Western songs on the Arabic version of singing reality show The Voice last year, was picked on Wednesday for her voice and confidence, said the judges, who deliberated for five minutes before picking her.

“I liked how you drew people in as soon as you began singing,” producer and Timbaland told her. “will.i.am and I were impressed by the tone in your voice. You can also make a good rapper.” Jor, who counted Celine Dion, Alicia Keys and Pink as her inspirations, said she’s been wanting to work on her own original songs. “Well, your life is just about to begin,” Timbaland told her. [Source]