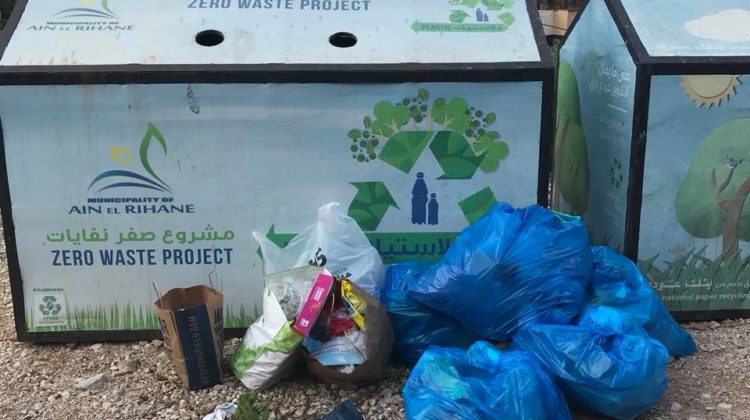 Ain el Rihane is apparently starting some zero waste project, which is great news, but some people don’t seem to understand what that means. Zero waste doesn’t mean you put zero waste in the recycling bins and leave them all outside!!

While I understand that such projects need awareness campaigns, it doesn’t take much effort to understand that the trash has to go INSIDE the bins, and that these bins were not designed to handle large bags like that. Nevertheless, it’s still a good start and I hope the municipality will spread further awareness and have a hotline ready for people to understand what’s expected from them.

After all, zero-waste is more a lifestyle than a hard target and is much easier to implement in small towns than in large cities. If the municipality of Ain el Rihane is serious about it, they should go door to door to encourage people to recycle and guide them through the process. They should ban plastic bags in local supermarkets and outlets, make sure recycling bins are easily accessible, team up with local NGOs to give locals an incentive to recycle etc …

I hope it works out and I’m more than willing to spread the word if possible. I would love to take part in that initiative too since I live nearby. 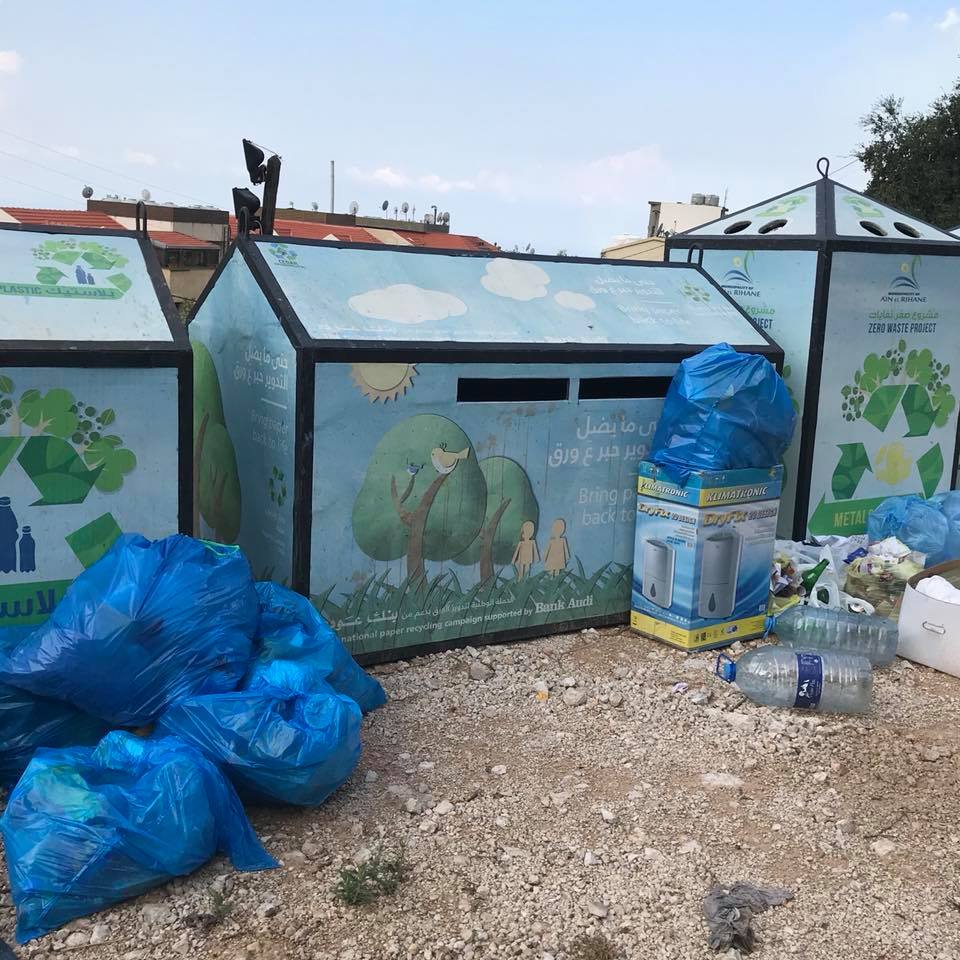