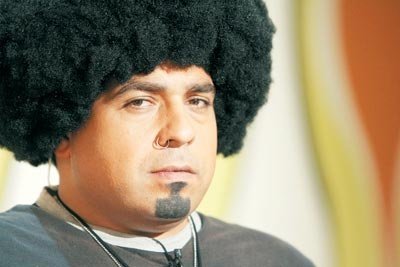 The funniest comedian by far in Lebanon – Fady Reaidy

Every time there’s a new comedy-oriented talk show in Lebanon, I watch the first couple of episodes to see if it’s any good or as lame as the other ones. Back in 2013, I had high hopes for Adel Karam’s show because I loved his character on SLCHI and he did start with a couple of decent episodes but after that it was all down hill. Hisham Haddad’s LOL was never funny and I’m not a fan of his new show as well. Arze’s new show barely lasted a couple of months before it got stopped and of course Rodolphe’s show not only failed to impress but was a ripoff of Ellen’s show.

So what do talks shows in Lebanon, at least most of them, have in common?

1- The hosts are never funny. They all have this same “jale2a” trait and have a massive ego.
2- The band is usually funnier than the host. One example is 3as3us on Arze’s show, Anthony and Shant are hilarious but Arze was terrible.
3- Audience clapping is never in sync. The audience (Age range 12-16) also laughs randomly even when there are no jokes being told.
4- North Korea’s Kim Jong-un is a popular topic on these shows. Don’t ask me why.
5- The funny YouTube videos they show are at least 10 years old.
6- They steal most of the jokes from social media and pretend the jokes are theirs.
7- When the ratings are low, they get Myriam Klink or Mariam Nour.
8- Guests are always dressed up for a wedding.
9- Teleprompter abuse: They never improvise.
10- They bash all politicians then welcome them and praise them.