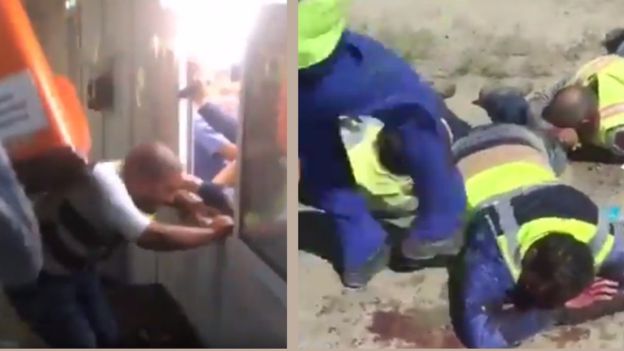 A special MEA flight was sent earlier today to Kazakhstan to get the Lebanese implicated in the brawl that took place at CCC. It all started when a Lebanese engineer published an indecent (if we may call it so) picture on Instagram with his Kazakh female colleague that offended Kazakh employees who decided to beat up all the Arab employees in the company. I saw a video that allegedly shows the engineer and the girl having sex live but it wasn’t very clear if it was the same guy.

The reaction against the Arab and specifically Lebanese workers is no way justified especially that the girl seemed to be posing willingly but if the video is accurate, then that’s one dumb move from the Lebanese worker. In all cases, I hope this serves as a reminder to all those bashing, insulting and assaulting foreign workers in Lebanon on how a majority of Lebanese young men and women are foreign workers in other countries as well, and how such behaviors are portrayed or seen when we look at them from a distance.