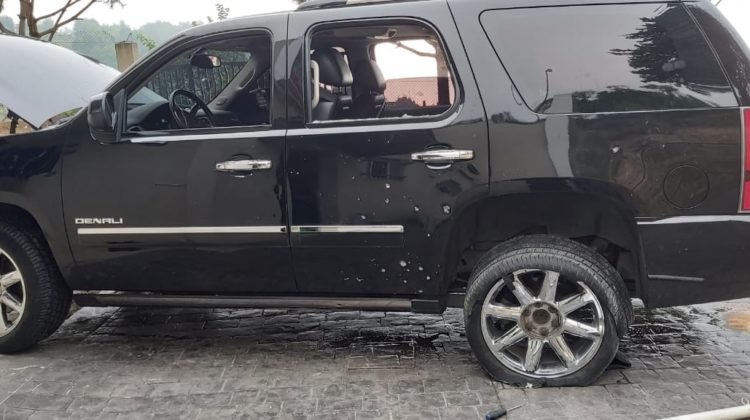 State Minister for Refugee Affairs Saleh al-Gharib convoy’s was passing by the village of Qabrshmoun when gunmen opened fire killing two bodyguards. The attack came after PSP supporters closed down roads to prevent Foreign Minister Bassil from touring the region. We’ve all seen the videos and it’s hard to judge who started shooting. It was total chaos, gunshots coming from all sides while bodyguards hysterically firing in the air to try clear the way.

As always, every party came out to try grab the moment and blaming the other party for the attack and talks about vengeance and retaliation already started. “We will not bury our dead until the killers are handed over”, “This will not go unnoticed” and other flamboyant statements are repeated every time before the whole story is forgotten, the families bury their dead and we wait for yet another tragedy to occur.

At this point, instead of asking who started the shooting, other more imminent questions must be answered:

– Where are all these guns coming from? Why is it so easy for random civilians to go down with their guns and start blocking roads and firing in the air or at convoys?
– Why is the army and ISF intervention so swift in areas like Tripoli but no where to see in the mountain area for example? If all parties brag about not being “above the law”, then what’s stopping the armed forces?
– What is the priority of ministers at the moment? Touring the country? campaigning for the next elections or focusing on the unprecedented crisis the country is going through?
– Why is hate or sectarian speech punishable by law when a citizen spread it and not when a politician does? Where’s the consistency in that? Who can guarantee freedom of speech and expression in this country anymore?

And last but not least:
– When will people start listening to how politicians and parties react to such incidents? When an armed faction outside the army starts bragging about sovereignty and the rule of law? or when warlords start praising national dialogue and co-existence? or when leaders spreading hate and racist speeches start promoting unity?

Stop taking sides and start looking at the bigger image. There are guns everywhere, ex-warlords, corrupt politicians and their sons/in-laws/families in power, the poor is getting poorer, the economy is crumbling and violence is on the rise. Every month we’re hitting a new low and by some miracle, the country is still standing and we don’t have a civil war on our hands. I couldn’t care less who shot at whom, I want to know why these thugs are still out there terrorizing people and blocking roads, and why are politicians wasting time over visits and spreading sectarian and hate speeches rather than saving whatever is left of the country. It’s the Syrians’ fault right?