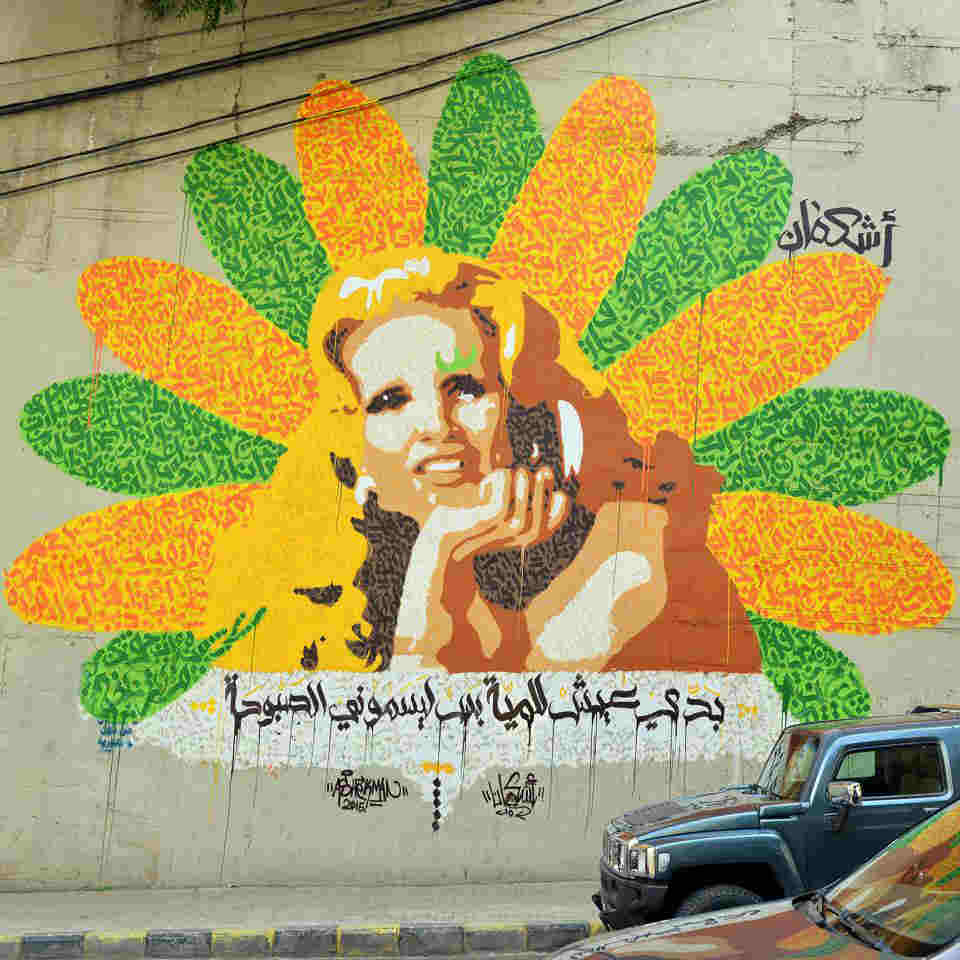 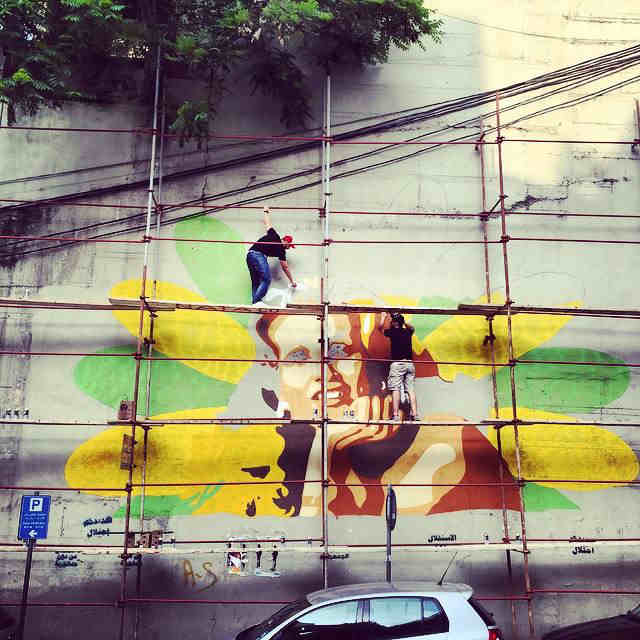 Ashekman brothers have been working for the past couple of days on a huge graffiti mural as a tribute to the legendary Lebanese singer Sabah (also known as Sabbou7a). The huge mural was completed yesterday and is set up facing the Grandizer one in Achrafieh on the way up to Sassine before ABC Mall.

The Ashekman brothers have already done tributes to Feyrouz and Wadih El Safi and recently repainted their “To Be Free Or Not” mural in Achrafieh after it was removed by mistake by Beirut’s municipality.

Thumbs up to Ashekman and every talented Lebanese graffiti artists (Ali Rafei and Yazan Halwani to name few) that are using their talent to cover and replace the city’s ugly political slogans with beautiful graffiti murals and powerful drawings. 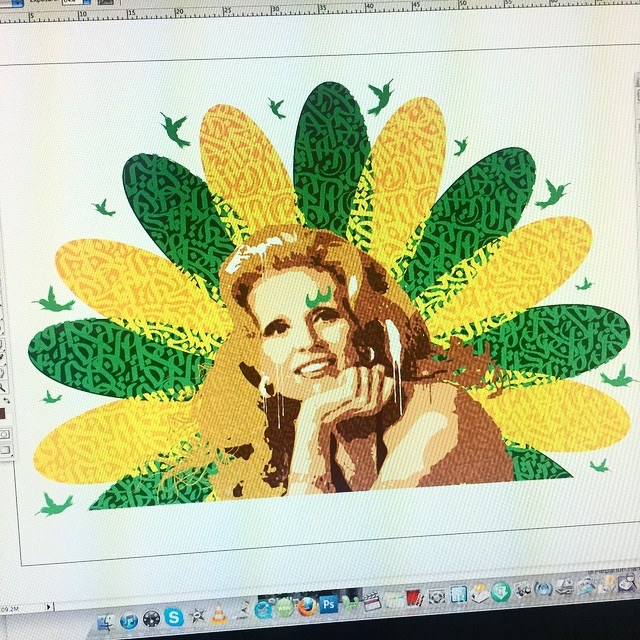 Sketch of the final outcome 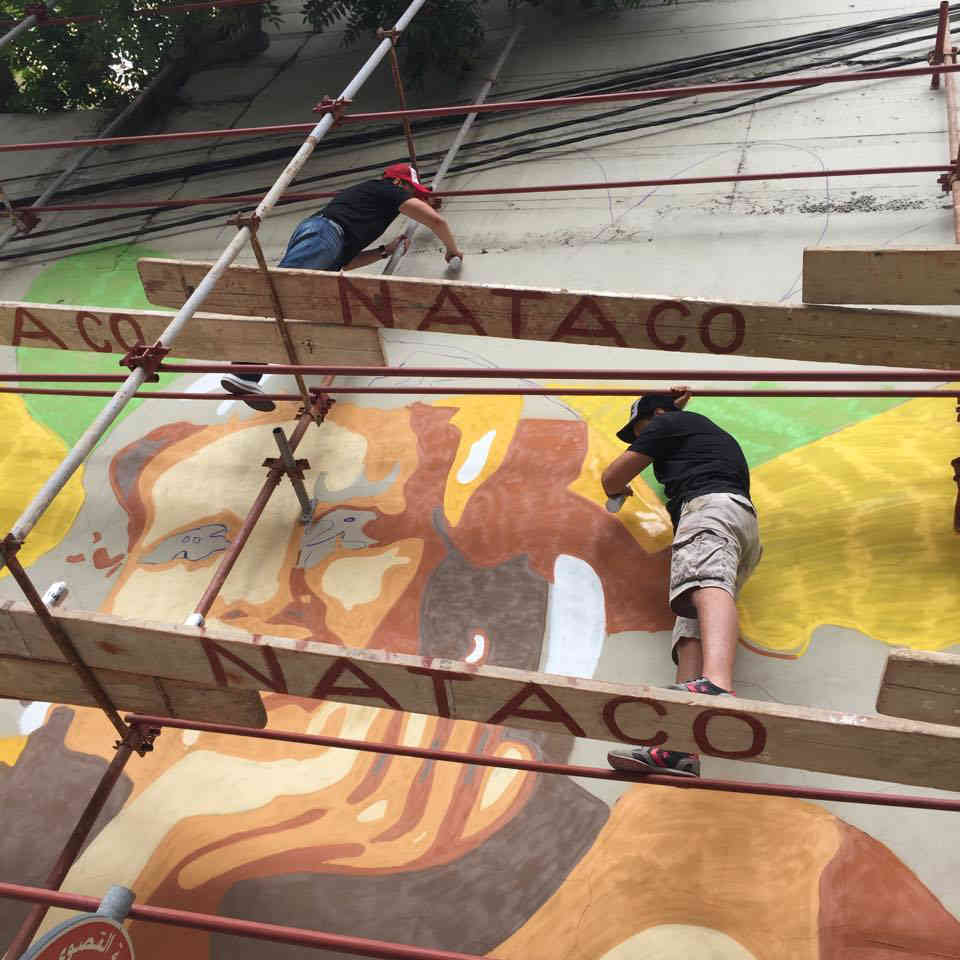