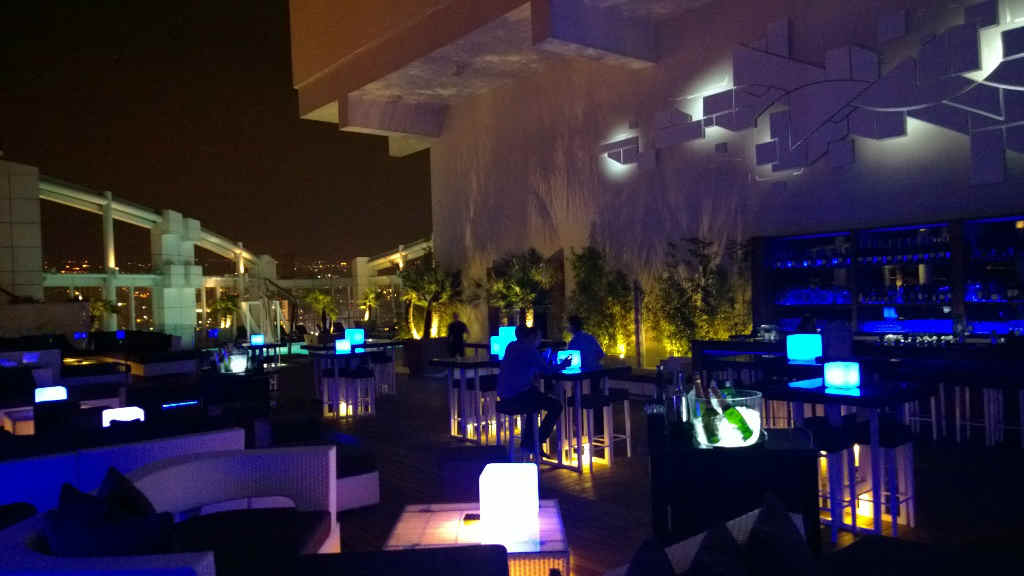 Summer is almost here and The Roof is opening “officially” very soon at the Four Seasons Beirut with a new menu and a couple of cool features added to the venue. I got an invite to try out the new menu last Friday and the weather was just perfect for an evening at The Roof. 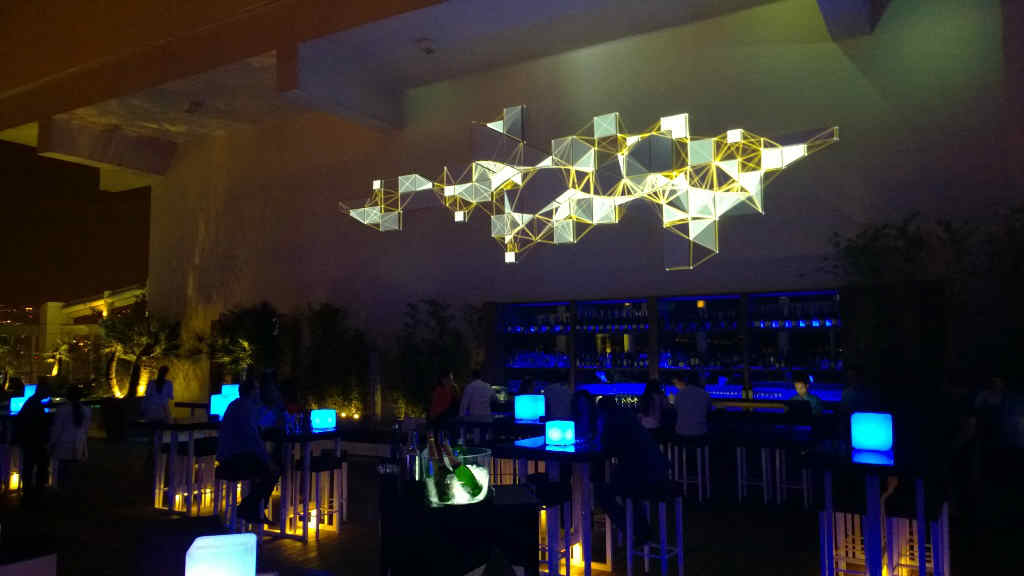 For those of you who are not familiar with the Roof, it’s the highest rooftop in Beirut overlooking the Zaitunay Bay, Beirut’s new Water Front and the St. Georges club. It’s a great spot to go after a long working day or in the weekend to relax, enjoy cocktails and Asian tapas.

The venue didn’t change much from last year, except for the new mirror ball installed in the pool, the newly enhanced and much cooler wall projections and the DJ booth which was relocated to overlook the venue. 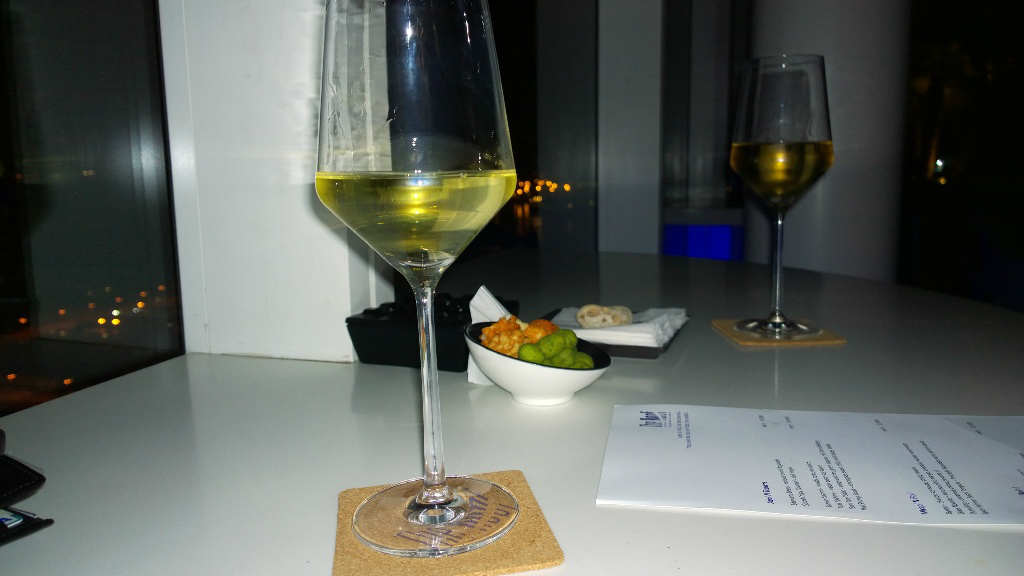 The menu on the other hand was completely revamped and included quite a view interesting and tasty new items. The App’ N teasers includes Edamame Beans, Spicy Crispy Calamari, Salmon & Tuna Sashimi, a Thai Shrimp Salad and a crispy chicken with green papaya salad. I went for the Salmon Sashimi because I like them and tried the Thai Shrimp Salad which was quite good. In the Wrap N’ Roll section, I went for the good old Shrimp dumblings mainly because the other items had spices or onions in them, which I don’t like. 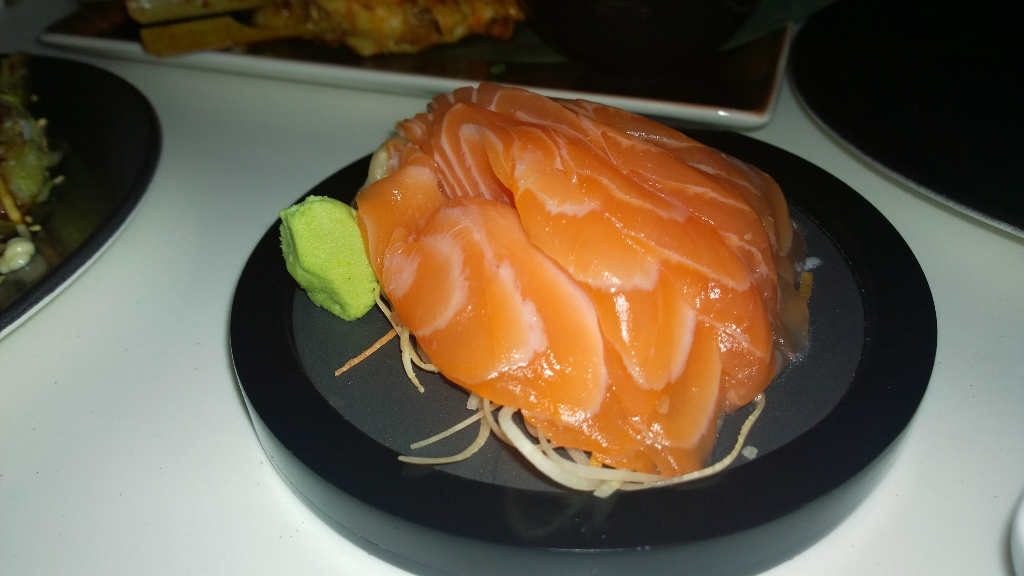 Moving on to the best part of my dinner, I ordered a new item called Okonomiyaki, which is a Japanese pizza made with seafood and shaved bonito flakes. I absolutely loved this pizza as it was rich in flavor and very light. By the way, if you see the flakes moving in your plate, don’t freak out as it’s the steam that makes them move. They are known in Japan as the dancing fish flakes. Other items in the No Main, No Gain! section include a Chicken or Beef Satay, Sea Bass, Chicken with cashew nuts and a Beef Bulgogi dish which includes sweet soy, Korean kimchi and steamed rice. 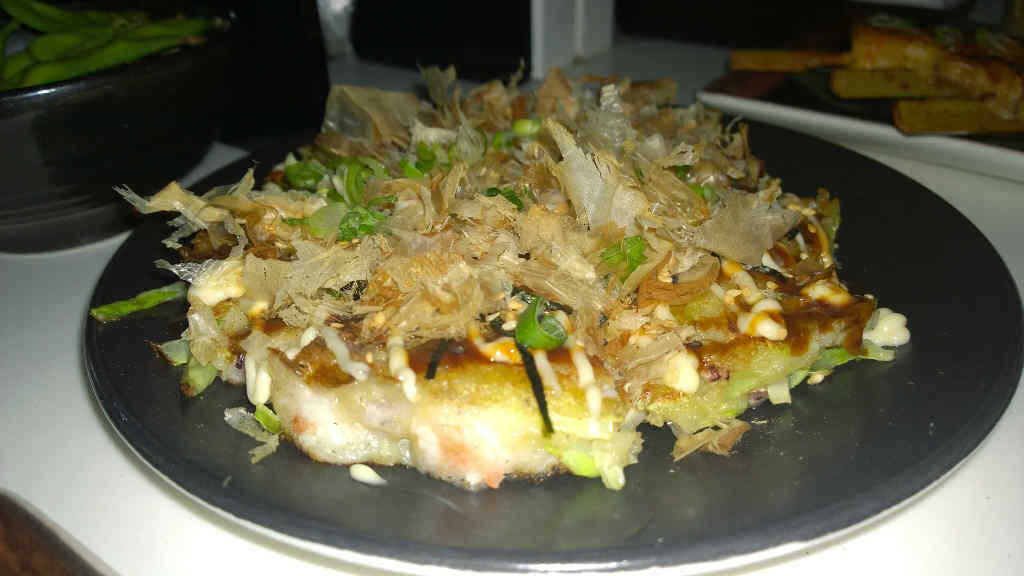 Last but not least, we were advised to try the US Prime Beef Filet and the Tiger Jumbo Prawns in the Tep’ N Yaki section. The Jumbo Prawns were ok but I didn’t like the fact that we had to eat them out of a wooden stick. I’d rather have them in a proper plate. As for the beef filet, it was perfectly cooked and quite amazing. The dressing we had with both these dishes was also quite good and included mustard and honey among other things. 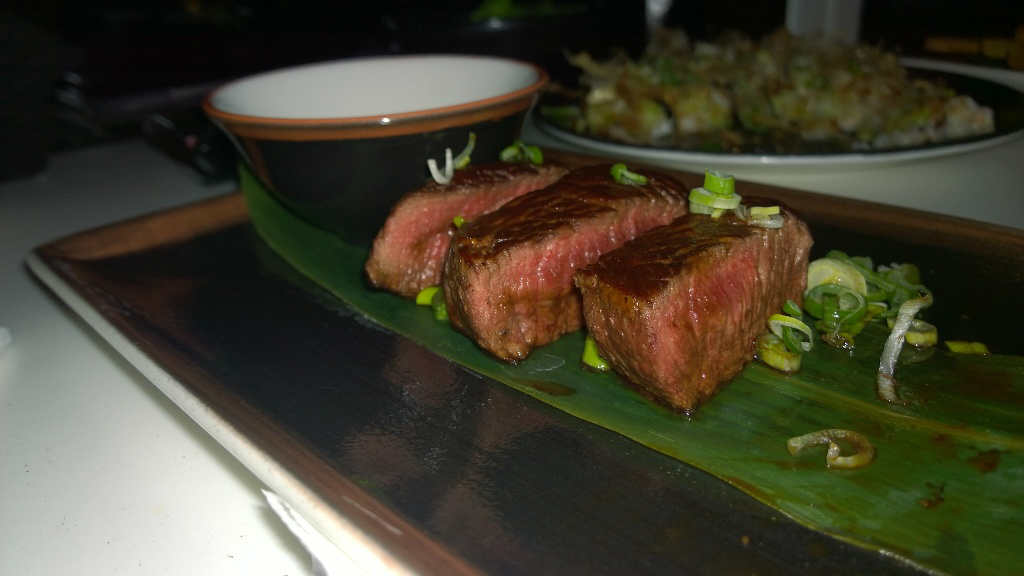 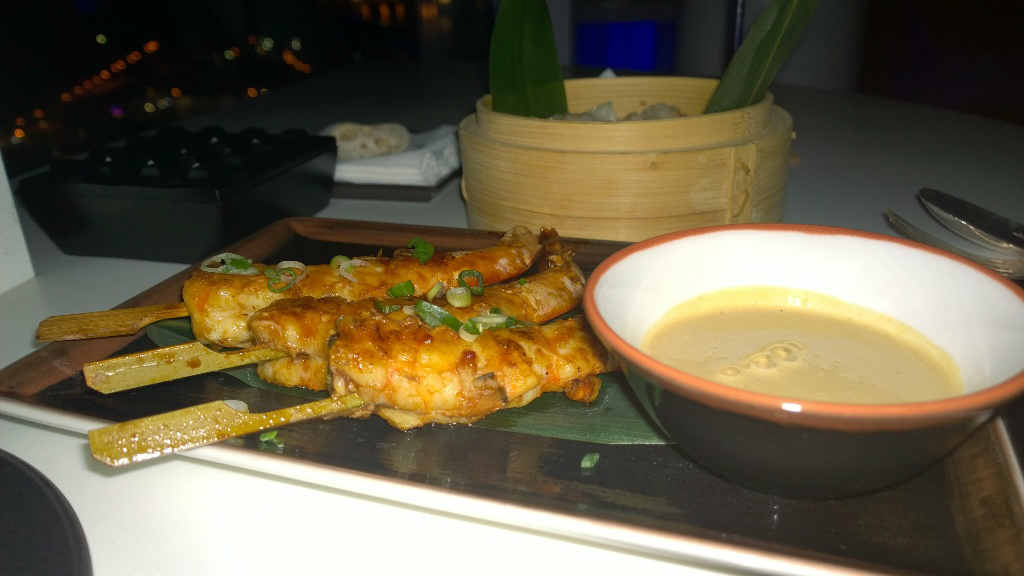 All in all, I love the Roof and it was yet another delightful evening on the Four Seasons’ 25th floor. The new menu items are light, fresh and suitable for such a seating and I am going back soon to have that Japanese Pizza and the Beef Bulgogi. 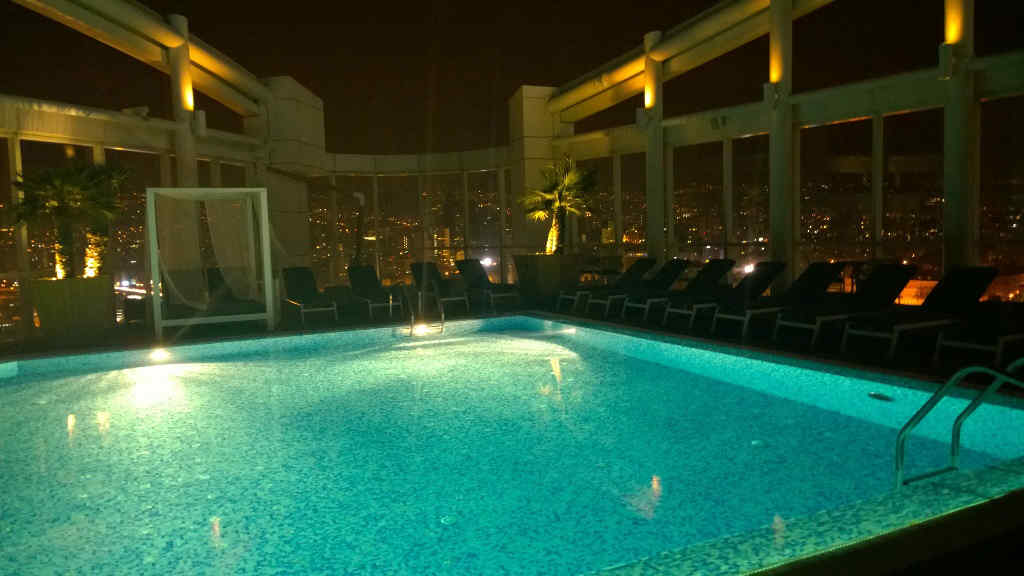