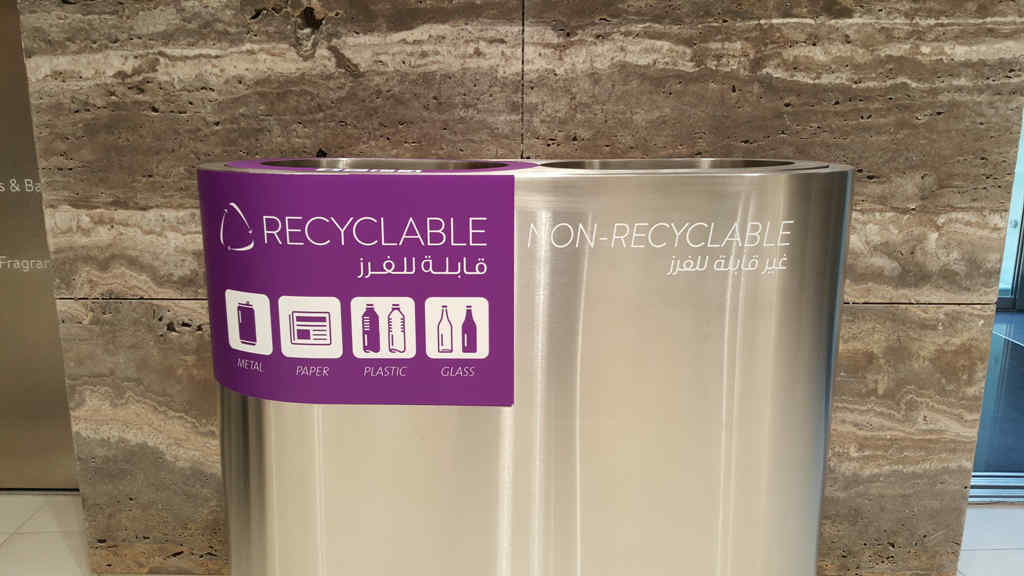 I passed by ABC Achrafieh last week and noticed that they had kicked off a recycling campaign and replaced their old bins with new ones that separate recyclable from non-recyclable items. Moreover, I learned that ABC Lebanon signed a Zero Waste Act, which is an initiative aimed “at minimizing solid waste haphazard disposal and diverting the waste stream away from landfills”. ABC is expected to reduce waste by 80% in all its malls. Needless to say, businesses should have started recycling long time ago in Lebanon but it’s better late than never. I’m glad that ABC took this initiative and started recycling and I hope others malls and businesses will follow-suit and join the cycle.

It is worth noting that the Lebanese population has generated more than 2,040,000 tons of solid waste in 2014 . This is not the first environmentally friendly initiative ABC has taken this year as they turned they installed the largest private photovoltaic plant in Lebanon on ABC’s rooftop two months ago.

PS: I proudly took part in their online campaign and I’m willing to take part in any campaign that supports recycling.