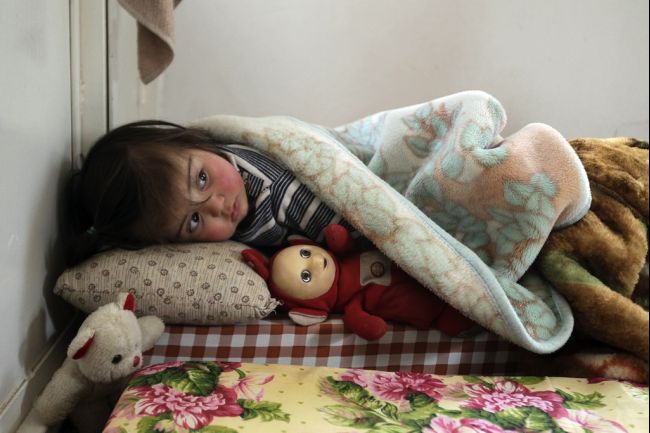 I am sure you’ve all seen this [video] showing how Lebanese reacted when asked about Syrian Refugees in Lebanon and the possibility of having Ukrainian refugees following recent events in Ukraine and the Crimea region.

For some reason, whomever uploaded the video and most of the people commenting are labeling the Lebanese as racist and insensitive, and that’s the message being spread all across the social media networks. Knowing that there’s still racism in Lebanon, that’s not what the interviewed people said and that’s definitely not the message being sent out from this video. The Syrian Refugees in Lebanon is a very alarming and serious matter as they constitute almost 30% of the country’s population now, and are a huge economic burden on the Lebanese people and its government. That’s not a racist statement, that’s a fact that even the UN acknowledges and I don’t think there’s anyone helping the Syrian Refugees as much as the Lebanese are. Moreover, the Lebanese Online Community and a lot of NGOs and associations have long condemned all the racist acts against Syrian refugees and helped in promoting awareness on that matter.

After all:
It’s normal for public schools and universities to get overcrowded when you have a 1 million refugees in a country of 4 million.
It’s normal for Lebanese workers and local businesses to complain because they are competing with a cheaper labor force.
It’s normal for rent prices to go up when there’s more demand.

What’s not normal is for Lebanese to spread this misleading video and label their own people as racist and insensitive.

Moreover, whomever asked that question about Ukrainian refugees (Just Female Refugees) obviously meant it in a funny way even though I didn’t find it funny, but still the answers were not serious ones and cannot in anyway be compared to the first part of the video. This being said, stop sharing this video and report it if anything because it’s misleading and harmful to the Lebanese and Syrians. No one’s denying that there’s still racism in Lebanon but that’s not how you portray it and raise awareness on it.