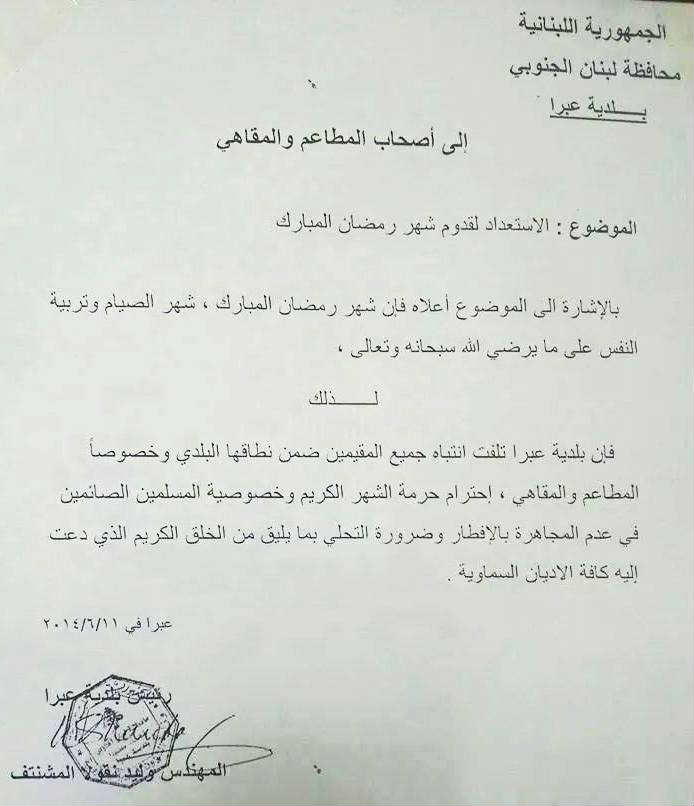 I come from a village right next to Abra and I don’t recall ever being advised not to eat in public during Ramadan. In fact, I have a lot of Muslim friends and colleagues and I never had an issue with them during Ramadan. Unless you are being disrespectful by stuffing food to their face or sending them food pictures, there’s no need to tell people where and when to eat or not.

I think that was a meaningless thing to do from the municipality, and even though the mayor, who’s Christian, probably had good intentions, this act will cause more harm than good.