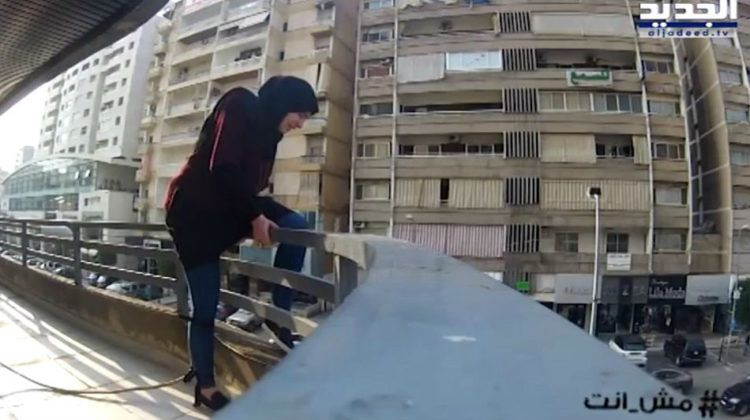 Last week, I received a video via whatsapp showing a man mocking a woman trying to commit suicide in Zalka. He was basically telling her out loud that she has to get to a higher point if she wants to die, which is totally insensitive to say the least.

I never shared the video publicly and I couldn’t find anything regarding that incident, up until today when I found out it was a so-called social experiment by Al Jadeed. Apparently they were trying to see how would people react to someone trying to commit suicide.

Obviously you’d expect people to rush to the woman’s rescue but instead, many were too busy filming what’s happening but then again the whole thing looked a bit staged and even if it didn’t, a lot of people don’t want to get them involved in such situations especially that a couple of men were fighting and they might get (shot by mistake?) or held up for interrogation if they chose to interfere.Personally speaking, I’m not a big fan of such pranks or experiments especially when they are amateurish like this one.

Now here’s a question to Al Jadeed and all local TVs: If someone was trying to commit suicide and you had your camera on, would you film it and share it or try to help?

PS: On another note, why was there a rope attached to the woman’s leg? Was she going to jump? Did she expect the rope to keep her alive if she slips? LOL