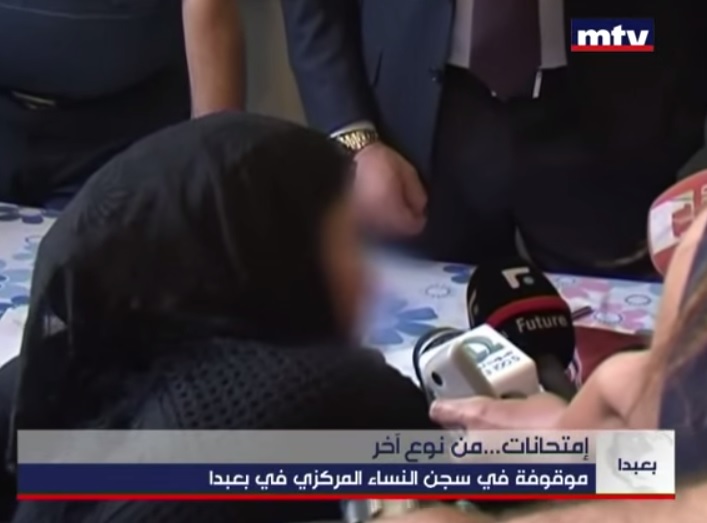 A female prisoner at Baabda’s Women Prison sat for Lebanon’s official exams as she hopes to pursue an education after her release. This is the first prisoner to sit for official exams at the prison according to the MTV report and she was visited by Education Minister Elias Bou Saab who “decried the deplorable conditions of the jail, saying that what he saw today was not something anyone should have to bear”.

I have 3 things to say here:
– I smiled when I saw that MTV was covering a story related to an inmate wishing to pursue her education, specially after Adel Karam’s screw up last week on Hayda 7ake. Next thing you know, Abdallah Taleb will be a guest on Hayda 7ake next week.

– I laughed when I heard the Education Minister talk about Baabda’s Women Prison as if it was the first time he visits it, which is probably the case. Noting that conditions in all prisons are terrible in Lebanon and that he’s been a minister for few years now, he should have thought earlier about setting conference rooms and encouraging inmates to pursue their studies in prison. Moreover, Catharsis has been working for years on creating a bridge between inmates and society, and came up with a play “Sheherazade in Baabda” performed by the women inmates of Baabda prison, yet they never received any official and decent support.

– The female prisoner (H.N) is doing time for substance abuse and needs all the help she could get to overcome her addiction and start a new life. She’s already doing an amazing job by being the first inmate to sit for official exams, and she should be encouraged by the authorities along with other inmates to pursue their education. I’m glad Minister Bou Saab raised the issue to Interior Minister Nouhad Machnouk, but I believe he can already start making some changes before they start building new prisons.