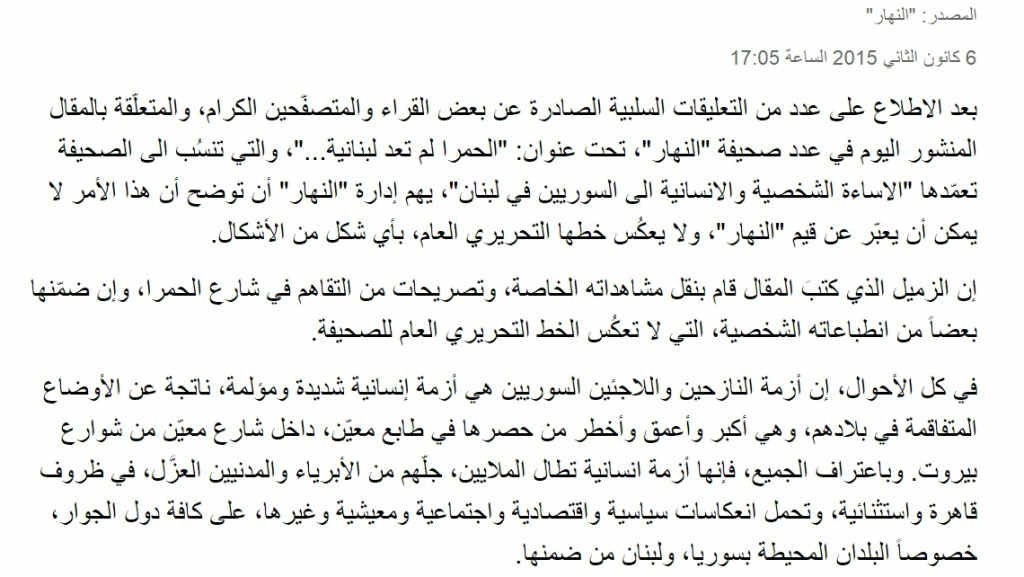 I read the original article written by Hussein Hazzoury earlier today and didn’t really understand what the author was trying to prove. He began his article by saying that Hamra became “black” which is either pure racism or utter nonsense and then stated that Hamra, which was once the Champs Elysees of Beirut (Really?), is now a Syrian street.

I won’t criticize the rest of the article because it’s not worth it but if you are interested, Hummusforthought posted an excellent reply today. As far as Annahar’s statement is concerned, they should figure out a way to stop such articles before they get published.

Hamra has always been Lebanese and has always attracted people from different nationalities and sects. Nothing has really changed in the past years except the nightlife which has been gradually moving to Mar Mikhail.