It’s been 17 days since I posted about the accident on the Antelias bridge. One of our regular readers, Ronman, wrote the following comment:

i wonder how long before they fix the railings. he will be charged to pay for it, but it will never get fixed, and next time someone is unfortunate at the same spot, they will fly down and kill someone, maybe then, they will patch it up, but no guarantee unless it kills a ministerâ€™s loved oneâ€¦

I usually never go through Antelias because of the traffic, but I deliberately took the bridge to see if anything had been done to fix the railing. 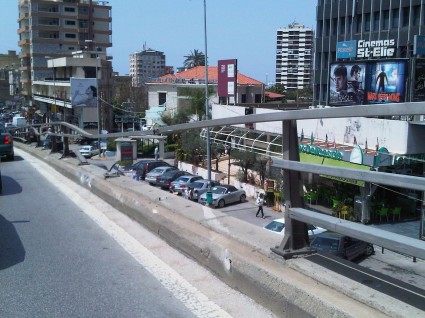 I don’t know what you guys think, but I’m trying to see the positive side of this huge hole. I think it’s good. This way, the driver gets decapitated before plunging to a fiery death.

Another thing that caught my attention is the fact that the bridge is used as an electricity relay point! Look at all this shit hanging on the railing! I wonder what would have happened if the car had hit this part of the bridge. I’m thinking: accident, airbags deploy, driver gets an electric shock and passes out, the gasoline tank catches on fire, car explodes, falls off the bridge killing people underneath it, some asshole politician does a press conference, everyone forgets about the whole thing 2 days later, and life goes on.

We need more accountability in this damn country! 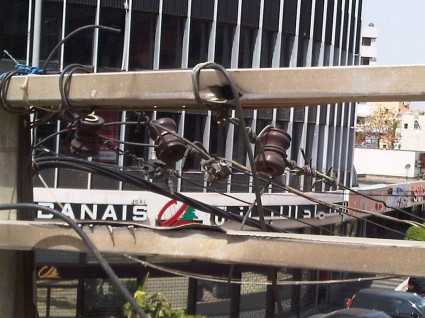 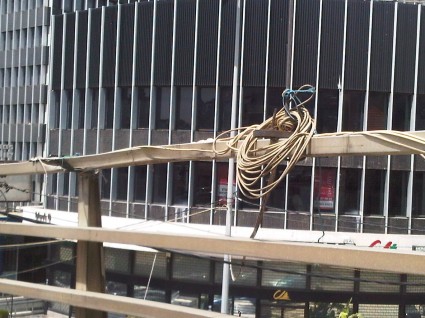