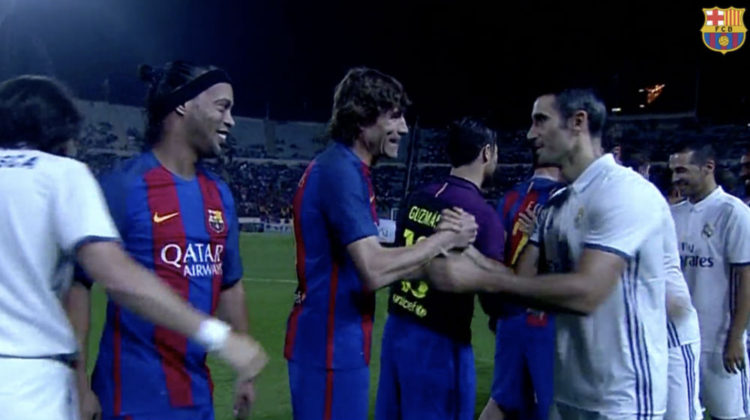 A friendly El Clásico was organized last Friday at at the Camille Chamoun stadium between ex-Barcelona and Real Madrid players. The teams should have included legends such as Ronaldinho, Gianluca Zambrotta, Francesco Coco, Eric Abidal and Edgar Davids (Barcelona side) and Roberto Carlos, Fernando Moriente and Christian Karembeu (Real Madrid side) but I’m told some of them did not show up.

Barcelona won the game and Ronaldinho stole the show by producing three assists for all three goals, including a stunning no-look pass.

More than 38,000 football fans were at the Camille Chamoun stadium and no incidents were reported which is pretty awesome.

Check out the highlights of the game here: