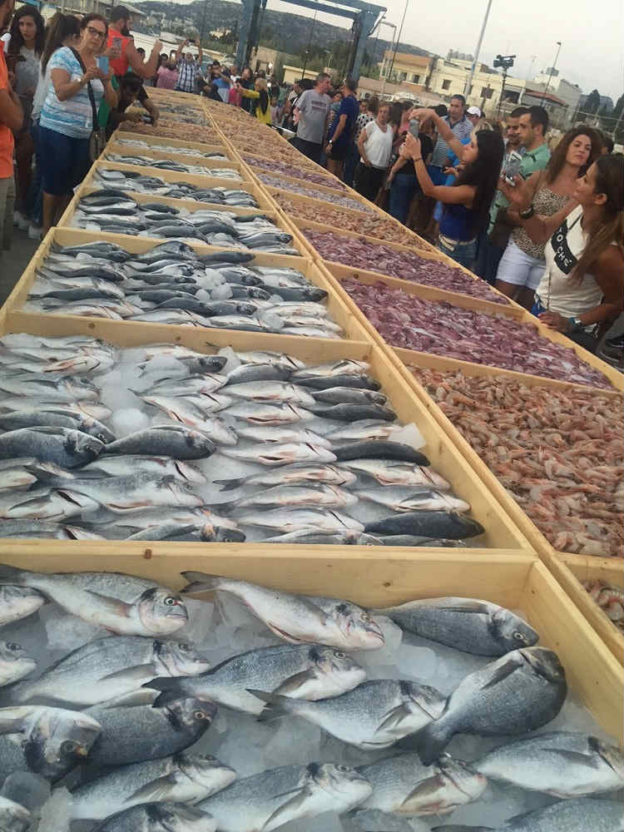 Batroun enters once again the Guinness Book of Records after setting up the world’s biggest sea food display. This is the second Guinness Record set by the city, after making the world’s largest lemonade cup in 2012.

There are two additional Guinness records that Batroun may have achieved by displaying 2613.8 Kg of sea food but the Guiness committee did not confirm them yet:

– The world’s smelliest sea food market.
– Most people fainting at the same time from the fish smells.

PS: They no longer hold the record for the world’s biggest lemonade cup.