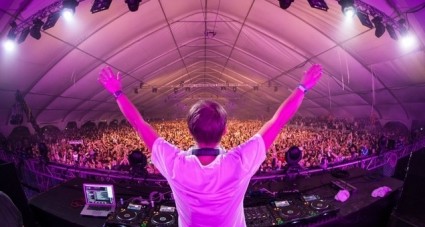 Mexico City, Sao Paulo, Kuala Lumpur, New York, Den Bosch and Beirut were the cities chosen by Armin Van Buuren for his “A State of Trance 600” tour planned in 2013. The World No.1 DJ will be performing in Beirut on March 9th, 2013 at the Forum De Beyrouth starting 10 p.m.

Let’s hope that he won’t change his mind amid all that’s happening in Lebanon, as Beirut will be the only capital in the Middle East to host the event, and Lebanon could benefit from such exposure before the summer season kicks off.

First wave of tickets will go on sale starting November 16 2012 exclusively at My Mix- ABC Level 1 and at mixfm.com.lb according to BeirutNightLife.

AVB has already performed several times in the past few years in Lebanon, out of which twice only last year.