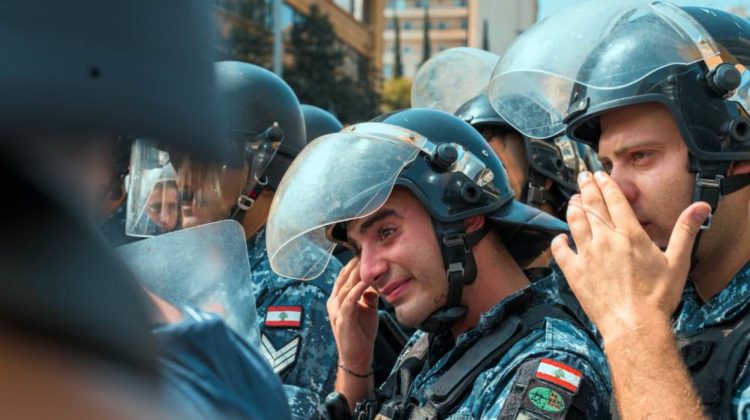 I don’t remember the last time security forces didn’t use violence to disperse protesters in Riad el Solh or Martyr’s Square or pretty much anywhere in Lebanon. It always started peacefully then a bunch of thugs join in, all hell breaks loose and the victims are almost always peaceful protesters stuck in the middle or simply at the wrong place at the wrong time.

Last weekend, yet another anti-government protest took place in Riad el Solh and yet another time, a footage circulated online showing anti-riot police brutally beating an unarmed young man. The Interior Ministry claimed those who committed the act were arrested, but what’s really needed is an impartial investigation to ensure accountability for any excessive use of force (which probably will never happen).

However, it is also important to remember that the majority of these army men and police officers are simply following orders, and while some get overboard or abuse their position, the majority feel with the protesters and have the same demands as we all do, but they also have families to feed and cannot risk disobeying orders or jumping to the other side of the fence.

One of the blog’s readers and a great photographer I must say (Toufic Rmeiti), captured these shots during Sunday’s protest when it had just started. Quoting him, protesters were facing the anti-riot police and talking to them, no tear gas had been used yet, they were reminding them that we’re all in this together and that we’re all in this crisis because of these politicians and a couple of officers got emotional and one even teared up. This reminded me of 2005, when the Lebanese army was banning us from entering Martyrs’ Square but then people started handing them a white flower and before you know it, they were letting everyone in with a big smile.

All in all, I know this might sound cliche but it’s moments like this that give us a glimpse of hope and reminds us that we’re all in this together, that we need to put aside our differences, respect our fellow countrymen and revolt against those truly responsible for this mess, our politicians (ALL OF THEM!). 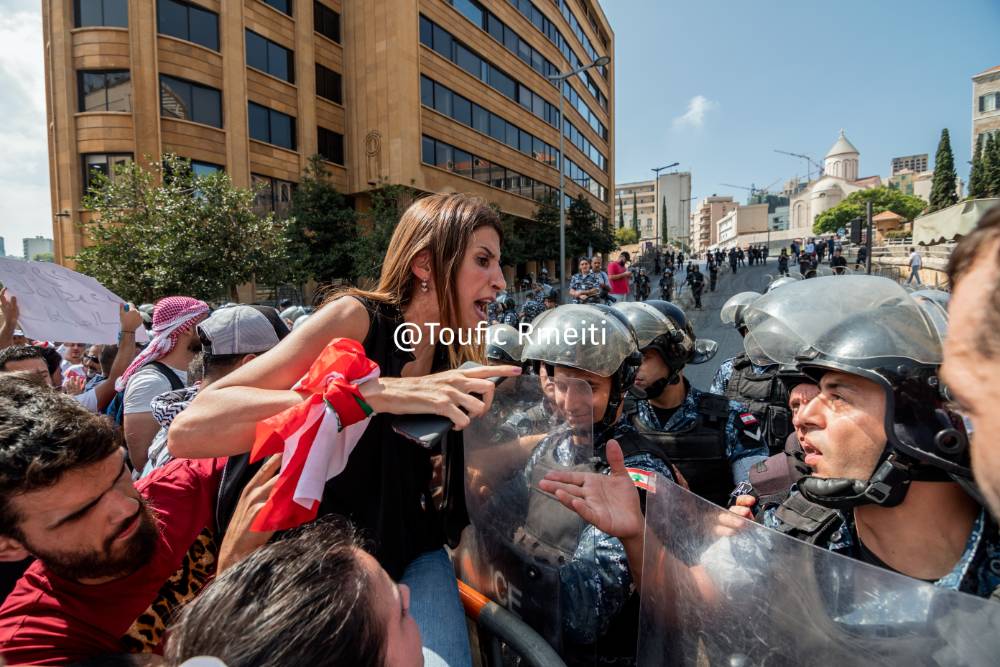 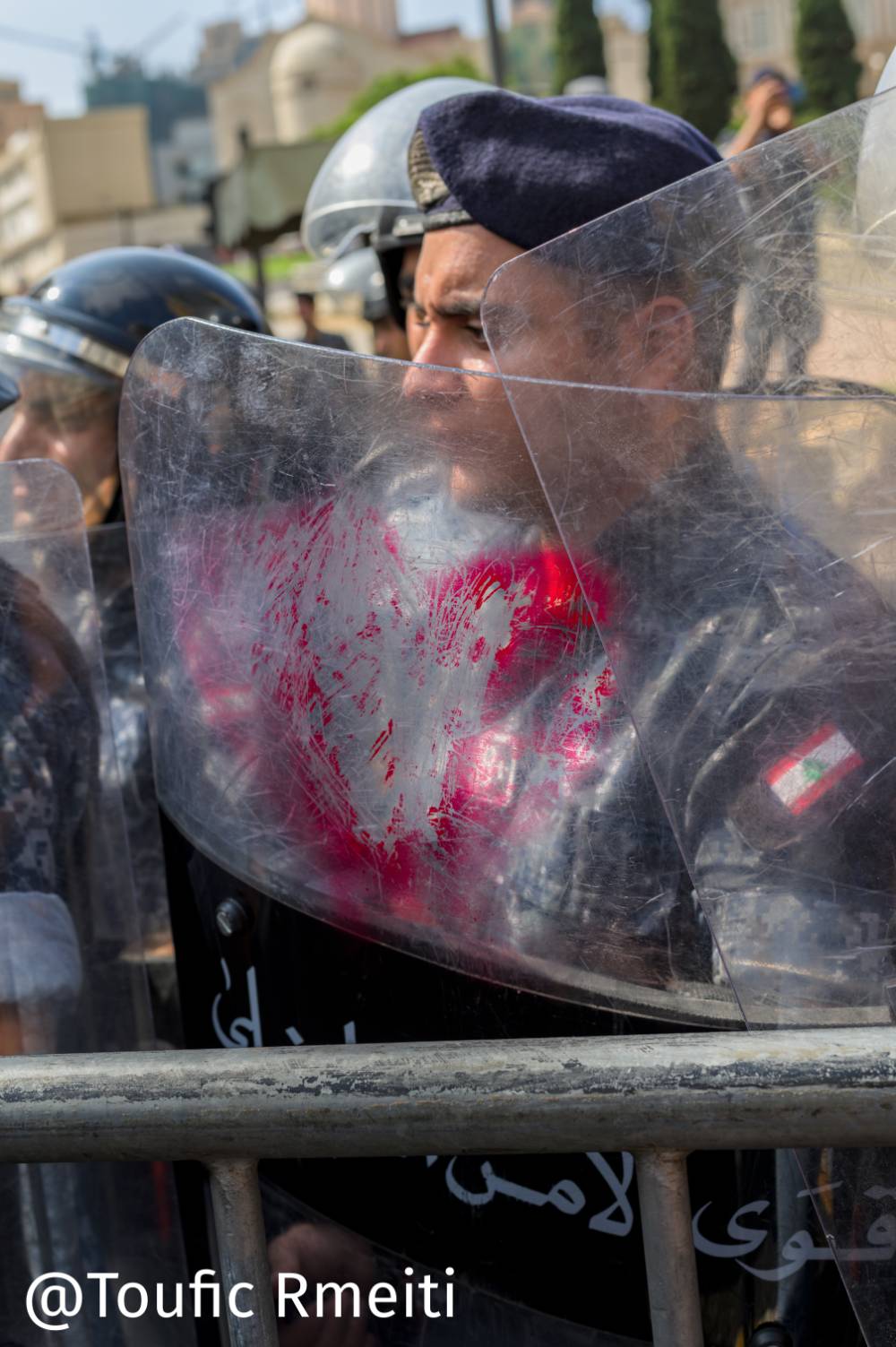 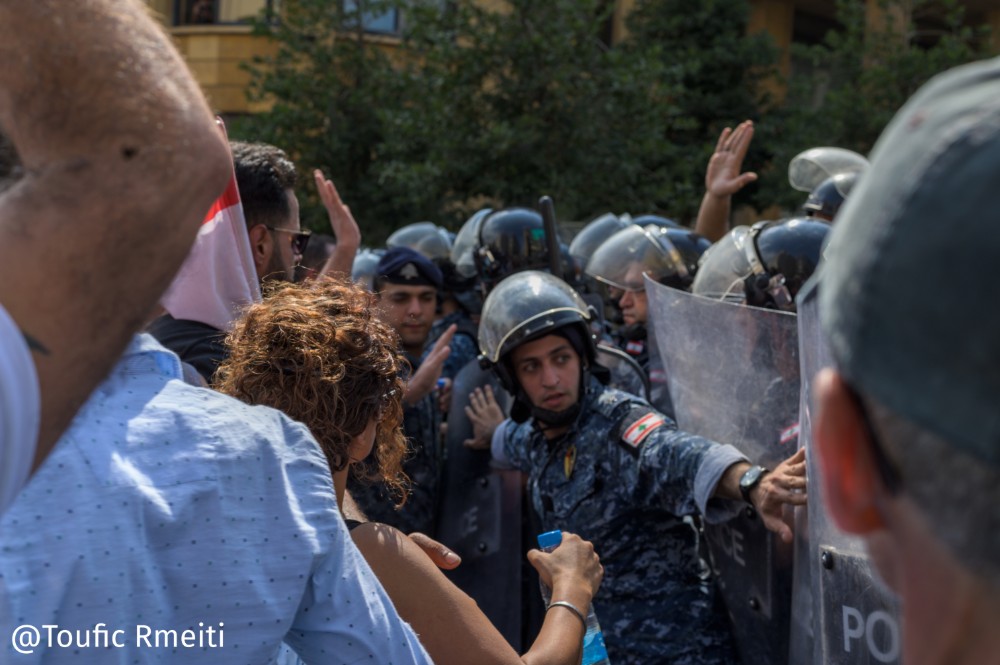